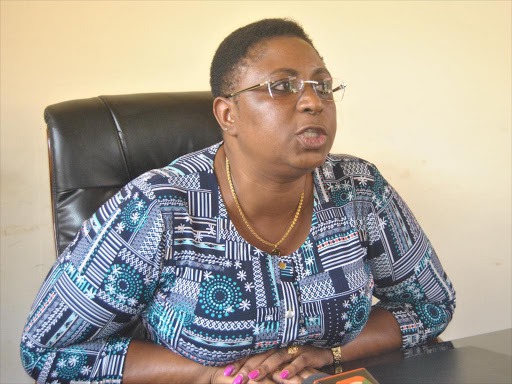 Honorable Aisha Jumwa is loved and hated in equal measure due to her abrasive style of politics. She is the current Malindi Member of Parliament and she is the kind of politician everyone wants on their side. Aisha is a crowd mobilizer, confident and easily connects with the masses.

She a tough politician who doesn't mince her words. Men can't handle her charisma perhaps that is why she hasn't been able to keep a husband. She was once given a choice by her ex-husband to choose between politics and their marriage and to the surprise of the people that know her, she chose the latter.

1. She is the current Member of Parliament for Malindi constituency

4. She dropped out of school in form 2 ,but went back to complete her secondary education after she was elected a Councillor.

5. Aisha Jumwa has a bachelor of commerce degree from Jomo Kenyatta University,she graduated in 2016 while she was a women rep for Kilifi county.

6. She is the second born in a family of 5 and she is a single mother of three kids namely Selina,Karisa and Ruth. Aisha is a also a proud grandmother.

7. Aisha Jumwa has been married twice in her life time. Her first marriage failed because of her passion in politics, she paid back the dowry in full to her in-laws via the area sub-chief .The dowry was said to consist of goats, cows, and Kshs. 20,000 cash. She later married a fellow politician Karisa Nzai Munyika whom she lived with for 9 years and they were blessed with a daughter,but unfortunately, the marriage also failed and they separated in 2014 .

8. Aisha Jumwa got political inspiration from her father, who she says used to compose political songs for politicians.

9. She started her political career as a Councillor.

10. Jumwa once served as Takangu KANU youth leader and was elected twice as Councillor for Takangu Municipality between 1997 and 2007.

Content created and supplied by: wicks20 (via Opera News )