It is now crystal clear that the line to state house has been drawn and the top two candidates are all set to show each other dust come August in the general elections. 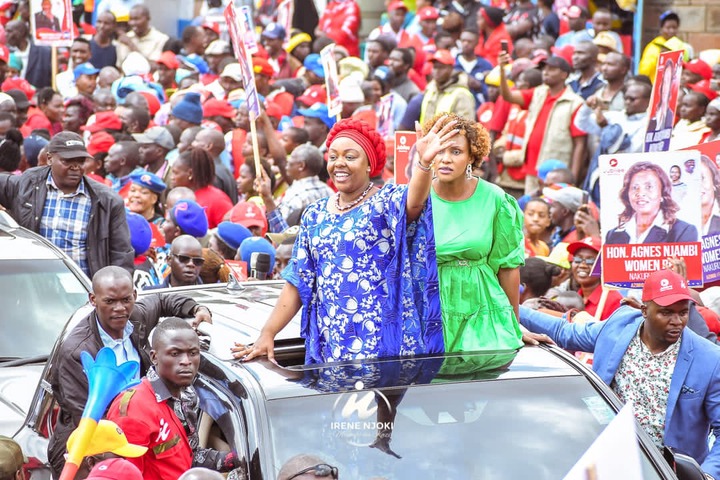 Several leaders are making moves and joining the political alliance of their choice with others also going silent after being denied the nomination certificates by their parties.

However, Wangui B Ng'ang'a popularly known as a gal toto who had an interest in representing the people f Nairobi county as their women representative is still on board and stronger like never before. 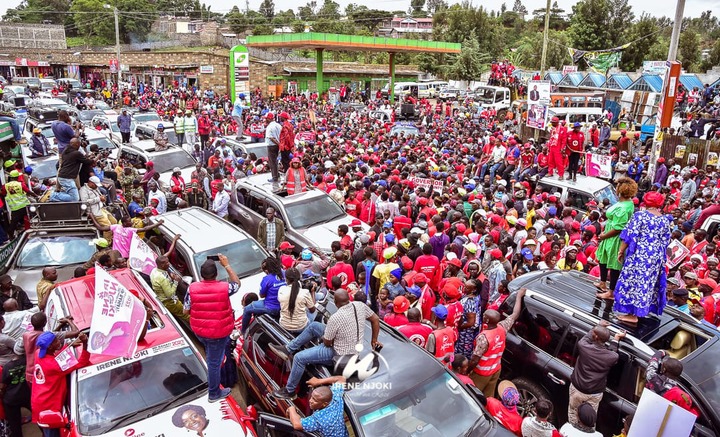 Wangui was among the popular Nairobi county leaders like Richard Ngatia, Ann Kananu, Agnes Kagure among others who were denied the certificate to vie for an elective post by the jubilee party.

Despite the disappointment from the red army party, Wangui B Ng'ang'a has stayed on course and refused to go silent on politics.

She has remained relevant and can be seen in most of the Raila Odinga's azimio la umoja rallies which she always attends wholeheartedly and gives out her best speeches to win the hearts of the people.

She was with the orange Democratic movement party and the azimio team in coast region and also joined the jubilee party Bahati constituency member of parliament hopeful Irene Njoki in Nakuru to campaign with Martha Karua in the city.

Wangui is still showing the reason why one time Raila Odinga had endorsed her for the Nairobi county women representative seat despite being a kikuyu. She has full trust in the Raila Odinga's presidency and that is why she isn't resting to see Raila in state house. 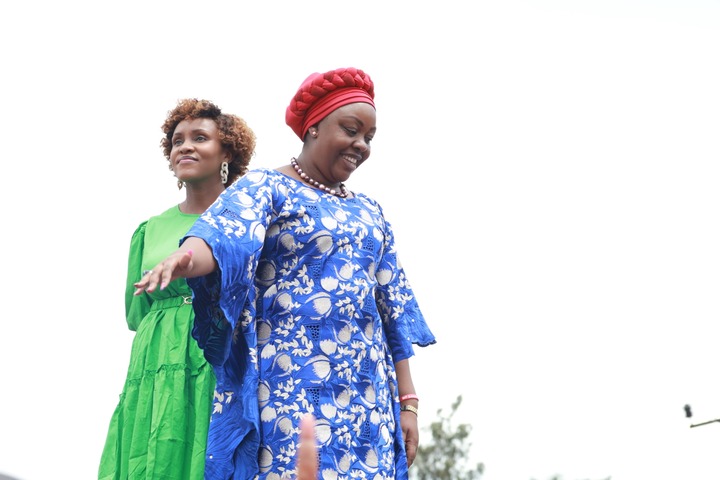