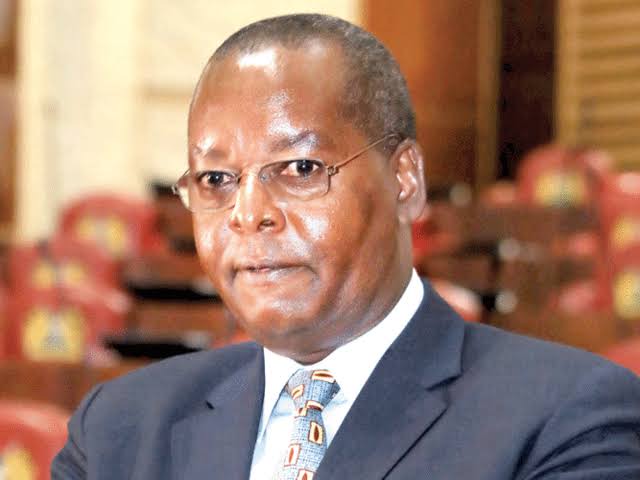 The former majority leader Amos Kimunya is finding himself in trouble again. High Court has reversed a case in which he was acquitted over 60 million fraud case. The court has ruled that indeed the case was concluded under unclear circumstances. 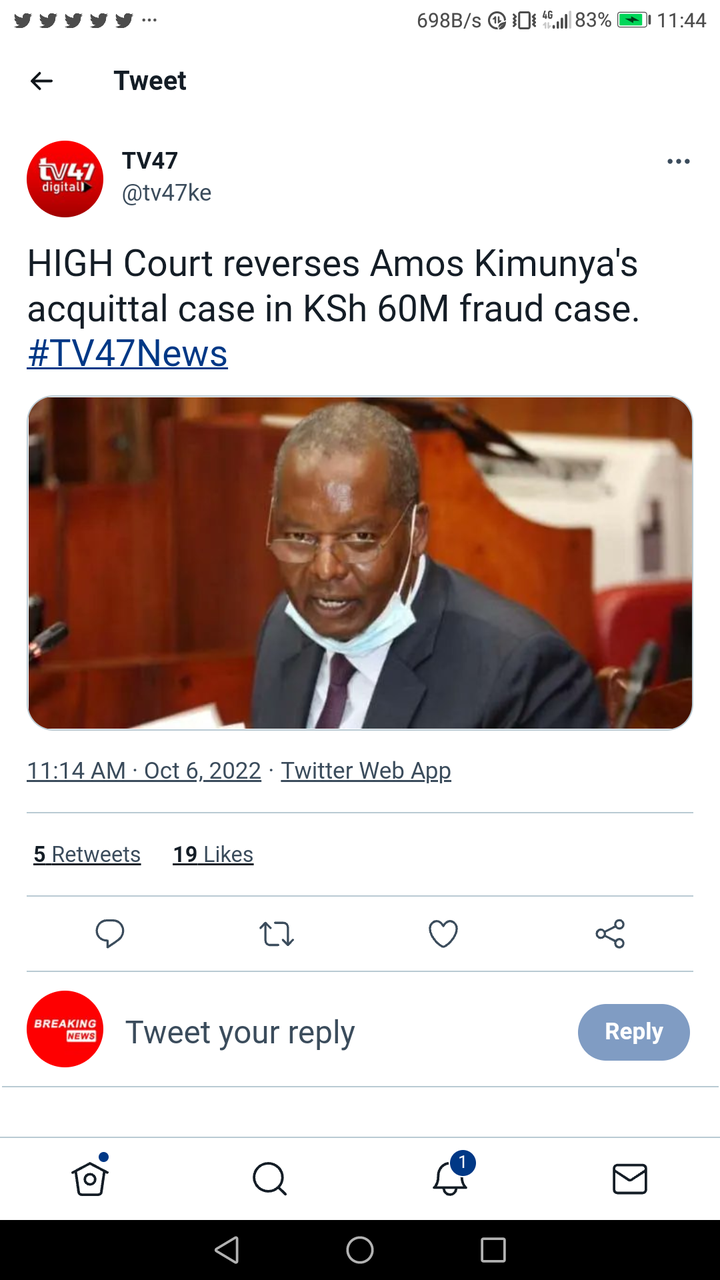 According to court, the former member of Parliament a close ally of Uhuru Kenyatta used his powers to evade justice. Amos Kimunya has been mentioned in major corruption cases but has always found a way to evade justice.

The former member of Parliament is today in trouble for the obvious reasons that his side lost the elections. It's obvious that he though he would easily evade justice but the case against him has been revived.

Amos Kimunya has continued to pronounce his innocence despite the fact that he has been mentioned severally as a drug lord. The former member of Parliament might find himself in jail so the powers that he relied on to evade justice are today nowhere to be seen.

Ruto to Raila: You will talk but I will work

News Just In: Raila Names Counties Where He Will Lead Protests Starting From Nairobi On Wednesday

Raila Issues His Next Move On the Cherera 4 Outster, Sends This Message To the Government