By Feddyblog (self meida writer) | 10 days 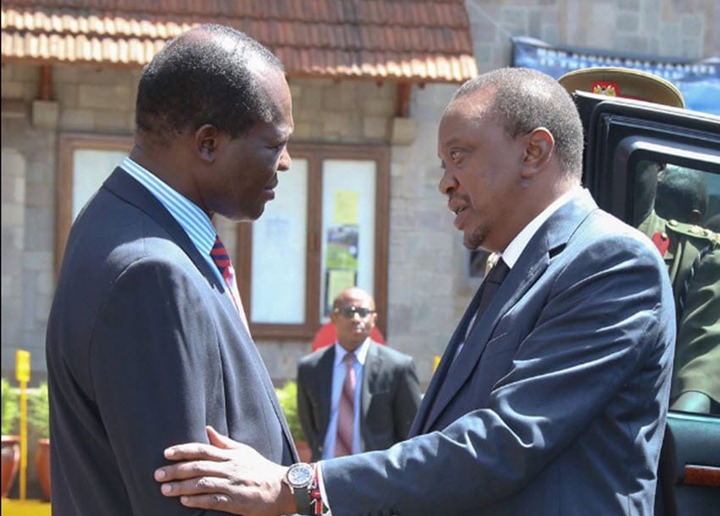 Raphael Tuju is the secretary general of Jubilee Party and lately he has been seen commenting more on the mini by elections that are happening across the country. Today on his interview with KTN news, he has allegedly claimed that president Uhuru did not campaign in Kiambaa because it was not important.

He further stated that, President Uhuru took his time to deal with important matters such as development and closing deals with IMF and World Bank rather than involving himself with mini by election in Kiambaa which his counter part DP Ruto was very active on the ground. 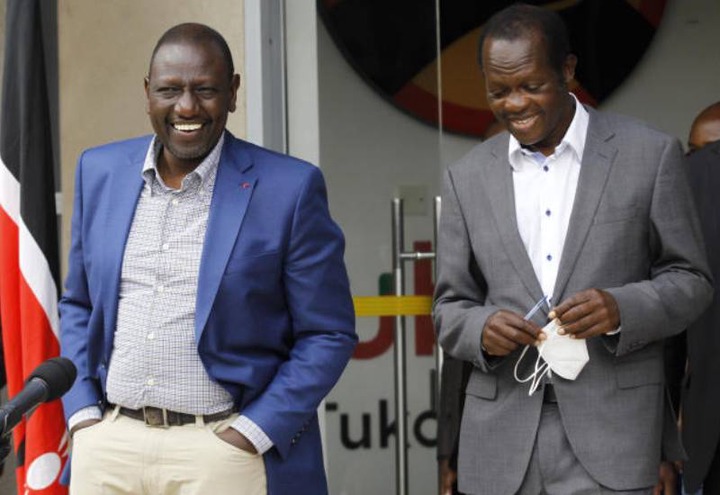 Speaking to Ken Mijungu of KTN news in an interview held today, Tuju has gone ahead to say that even though president Uhuru never campaigned in Kiambaa, he still received 50 percent of the votes from the people meaning Jubilee is still a major party in Central kenya, him comparing the loss with ODM's loss in Siaya county.

Since Jubilee Party lost the elections in President Uhuru's stronghold, UDA has since ganered popularity in the region creating uneasy atmosphere though president Uhuru has nothing to lose since he won't be in the ballot coming next general elections. Currently Jubilee is asking IEBC to do a recounting in the just ended kiambaa by election. 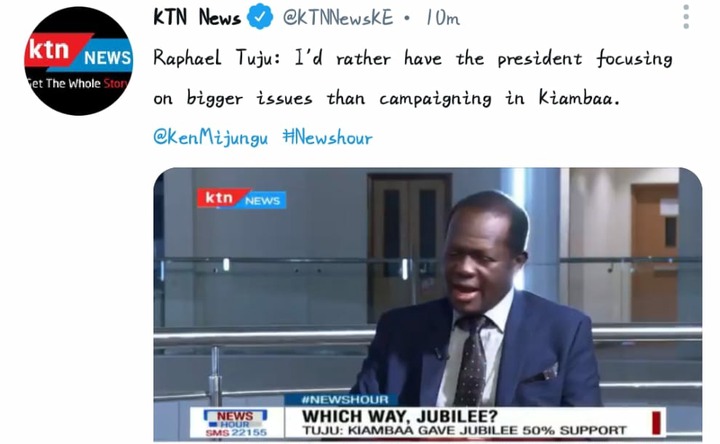