By Otieno-Onguko (self media writer) | 7 days ago 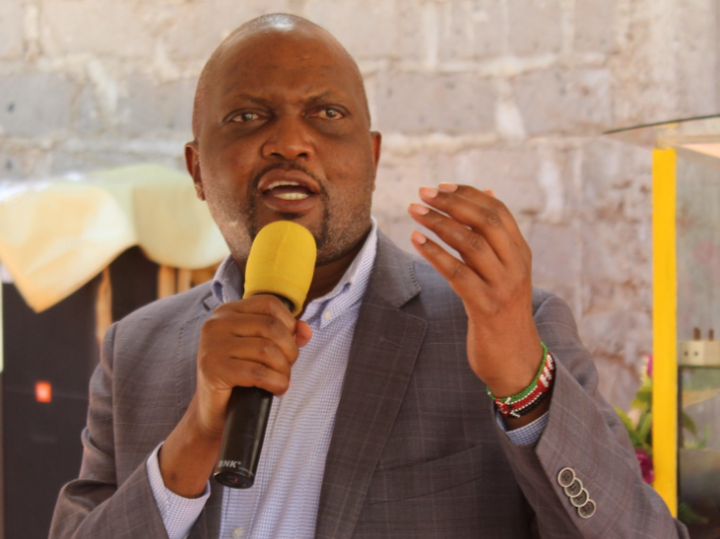 Details have finally emerged on the reason behind the fallout between Gatundu South MP Moses Kuria and the People's Empowerment Party (PEP).

The lawmaker was initially at the helm of the party before moving out to form the Chama Cha Kazi one, which he is currently working on popularizing.

Inside sources have revealed that the bone of contention was his proposal that persons over 40 be denied the party's MCA and Woman Representative ticket to vie in next year's general elections.

His 'Kazi Na Pesa' slogan proposal was the other issue, even after he attempted to convince party members that the slogan was the best for the party.

Sources who spoke to The Star revealed that he was of the idea that the slogan reflects the dignity of labour and sanctity of an enterprising spirit. 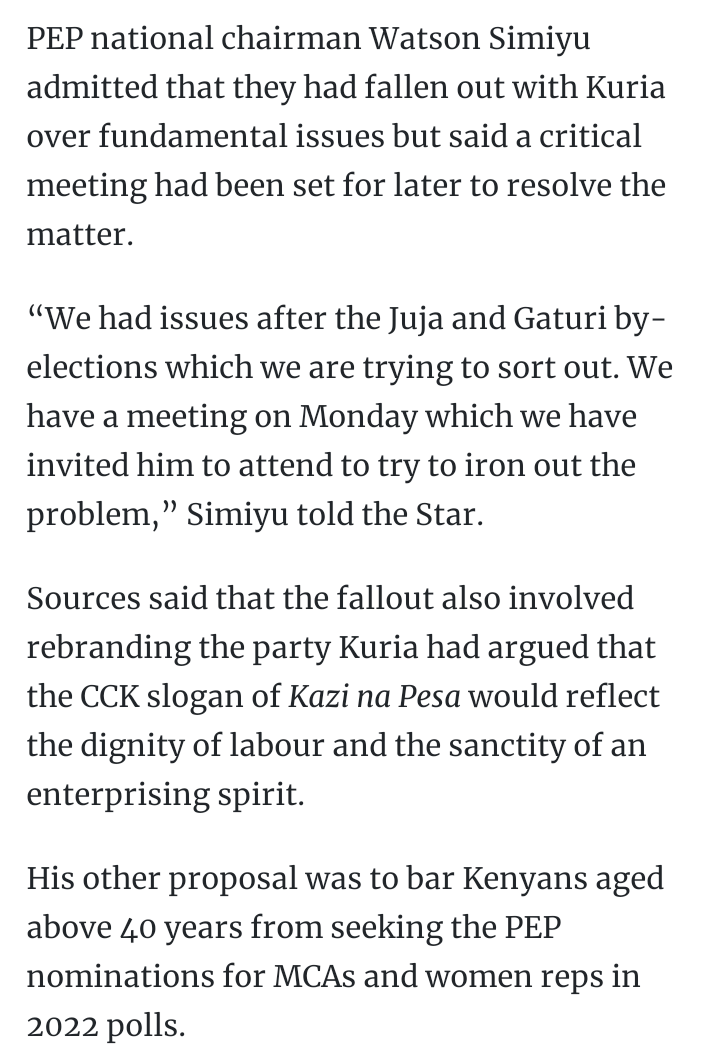 The fallout has been confirmed by Party National Chairman Watson Simiyu, who, however, says that attempts are in place to iron out the differences.

“We had issues after the Juja and Gaturi by-elections which we are trying to sort out. We have a meeting on Monday which we have invited him to attend to try to iron out the problem,” he told the paper.

But it might be too late for reconciliation, considering that the lawmaker already seems waist deep into his new party and seems so committed to it.

He has made it clear that he intends to hold onto it and lead it to the 2022 elections, adding that he will not be merging it into the UDA party.

It is for this reason that he seems to have fallen out with Deputy President William Ruto, whose 2022 presidential bid he had earlier endosed.

Ruto has been of the idea that all party leaders working with him surrender their outfits, in grounds that fringe parties promote tribalism.