Looming Betrayal For Raila? Details Leak On What Might Happen That Will Be Game Changer In 2022 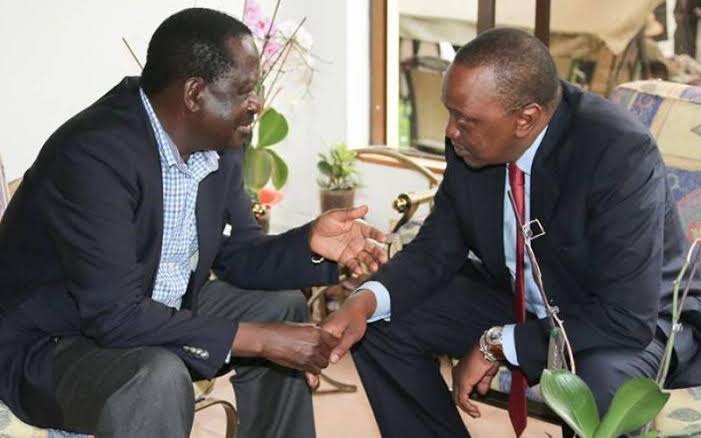 Suzanne Collins once said that for there to be betrayal, there would have been trust first. In reference to the Standard Newspaper, the UDA chairman, Johnson Muthama gave a response to Raila's smell of betrayal. He claimed that Raila trusted the Handshake thinking that Uhuru could hoodwink Kenyans with BBI to handover presidency to him.

Muthama said that within the BBI like communism, Raila had his own seeds of destruction. He claimed that it was based on deceptions and the key one was that Uhuru and Raila had not discussed anything on the 2022 race. He alleged that neither side of the political divide did any consultation. Infact each side hid it from its own supporters, Muthama claimed. He said that when this happened then the public felt deceived and betrayed. He said that because of doing things in the darkness and in secrecy the BBI campaigns became a one man show and full of dictatorship. 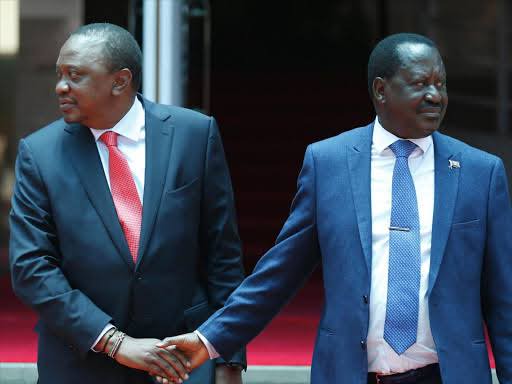 He said that the owners of the BBI never lost hope even after it was dismissed by the courts but they kept on adding sweetness to it but again it still failed. Some of the sweeteners were the creation of 70 extra constituencies, car grants for MCA's among others but BBI flopped again. 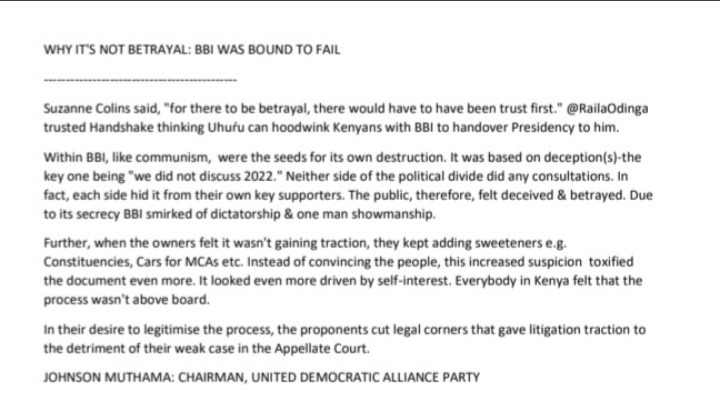 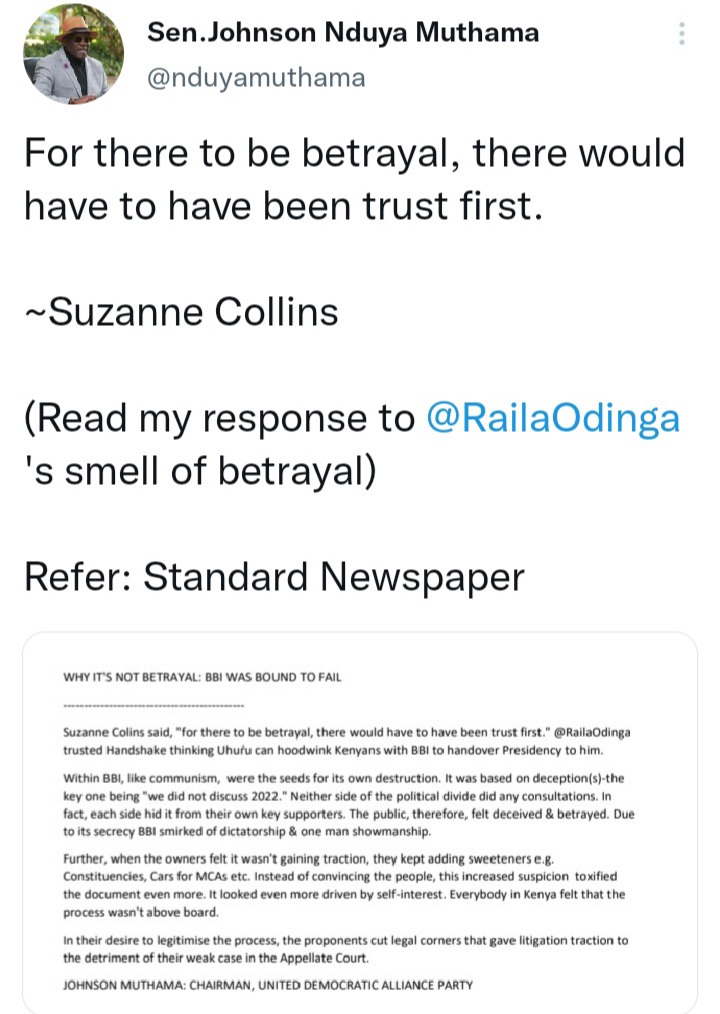