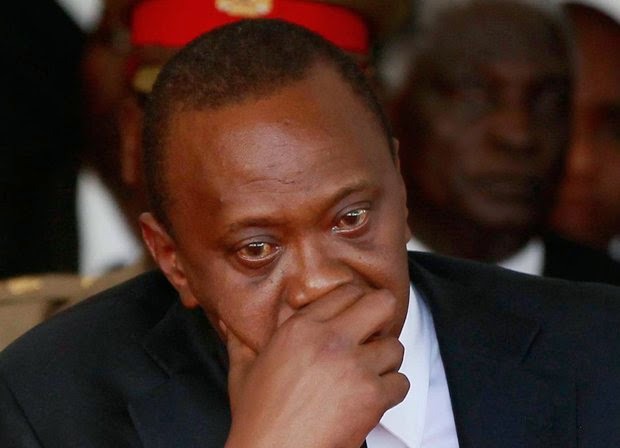 After newcomers defeated established political figures in the general election on Tuesday, a new political age is emerging in Mount Kenya.

The only prominent figure to survive the United Democratic Alliance (UDA) assault is Mwangi Kiunjuri, the former secretary of state for agriculture and leader of The Service Party (TSP). The independent candidate Kawira Mwangaza defeated Meru Governor Kiraitu Murungi.

Among the first to lose their positions were Jeremiah Kioni, secretary general of the Jubilee Party, Amos Kimunya, a member of parliament from Kipipiri, Kanini Kega, Moses Kuria, a former governor of Kiambu, William Kabogo, a governor of Laikipia, Ndiritu Muriithi and Ephraim Maina, a senator from Nyeri.

After President Uhuru Kenyatta's resignation, Mr. Kiunjuri won back the Laikipia East parliamentary seat in a fiercely contested battle against the incumbent Amin Deddy advancing his bid to become the political powerhouse of Mt. Kenya. 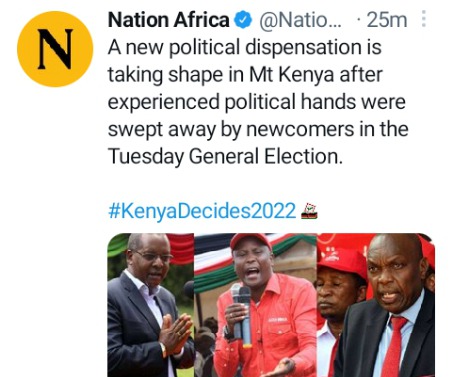 The Tharaka Nithi Woman Representative seat went to Mr. Kiunjuri's TSP as all the other Mt. Kenya heavyweights were defeated by lesser known candidates.

"Banditry in Kerio valley will end under my reign" William Ruto declares.

"Leave Them To Me" Laughter As President Ruto Speaks About Raila And Uhuru In Homa Bay.