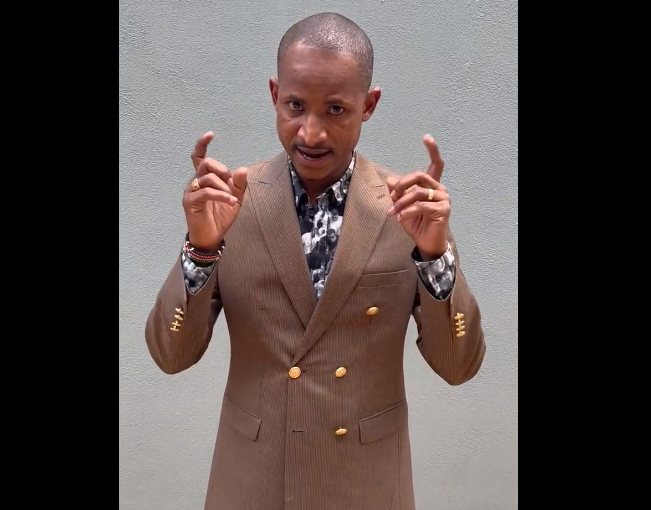 Hours after a number of African presidents took to their social media pages to congratulate President-Elect William Ruto over his victory, controversial Embakasi East MP Elect Babu Owino has taken issues with them.

Through a statement shared on his Twitter page, the furious legislator told off African presidents, saying they should keep off and stop meddling with Kenya's affairs.

According to Owino, foreign media houses, observers, and Presidents should stop congratulating and portraying Ruto as the president-elect. He said Kenya is a sovereign state and has its own rules and regulations which should be free from 'outsiders'

"I want to warn International media, the observers, and some of the presidents in Africa who have taken their time to congratulate Ruto for having been elected. I want to remind them that Kenya is a sovereign state, an independent state with its own rules and regulations. They need to keep off," stated Owino. 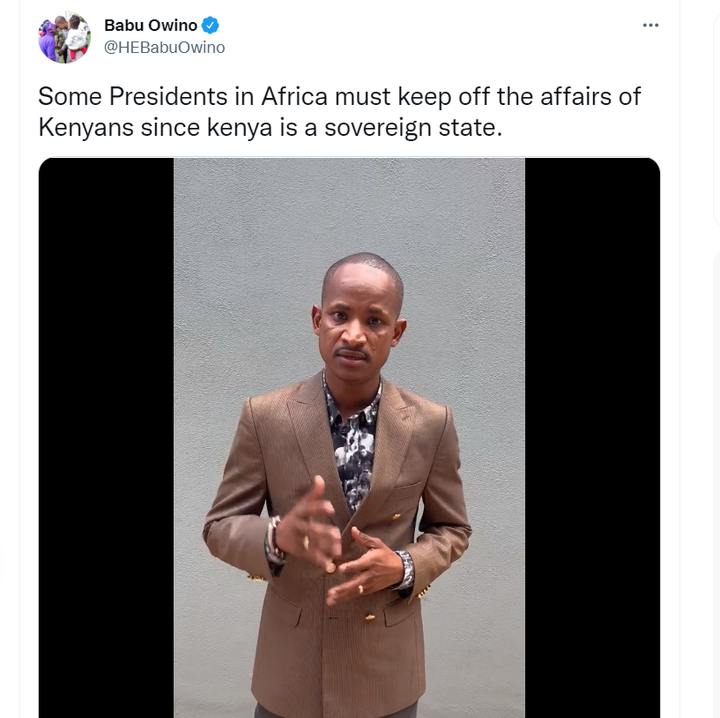 Owino claimed that Azimio presidential candidate Raila Odinga is the president-elect and that soon the Supreme Court will validate their claims.

"We don't need you to mingle and meddle with the affairs of Kenyans. As things are, we know that Raila Odinga is the president-elect and soon it shall be proved at the Supreme Court on a balance of probability," he added

This comes amid ongoing preparations to inaugurate William Ruto officially as the president-elect. He was declared the winner after garnering 7.1 million votes against Raila's 6.9Million.

Already, Raila has rejected the results, saying he is going to overturn them at Supreme Court.