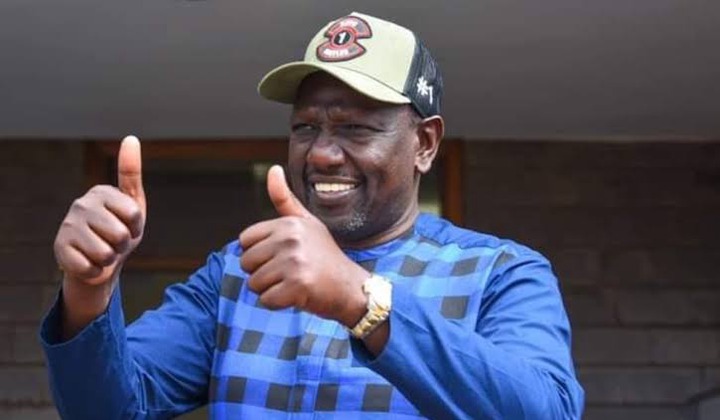 Deputy president William Ruto's close ally and insider from Soy constituency has revealed some details of the Kenyan politicians with highest Twitter followers.

In the new revelation, deputy president William Ruto is leading with the highest number of followers with his Twitter account gaining 5.4 million followers.

His close opponent Raila Odinga is second with quite a high number of followers though it is not equivalent to what the second in command has amassed. Raila Odinga has attracted a whooping 4.5 million followers.

Former Nairobi county governor Mike Mbuvi Sonko seems to still be holding his Flamboyance even in social media despite having been impeached. He comes third with 4.1 million followers. 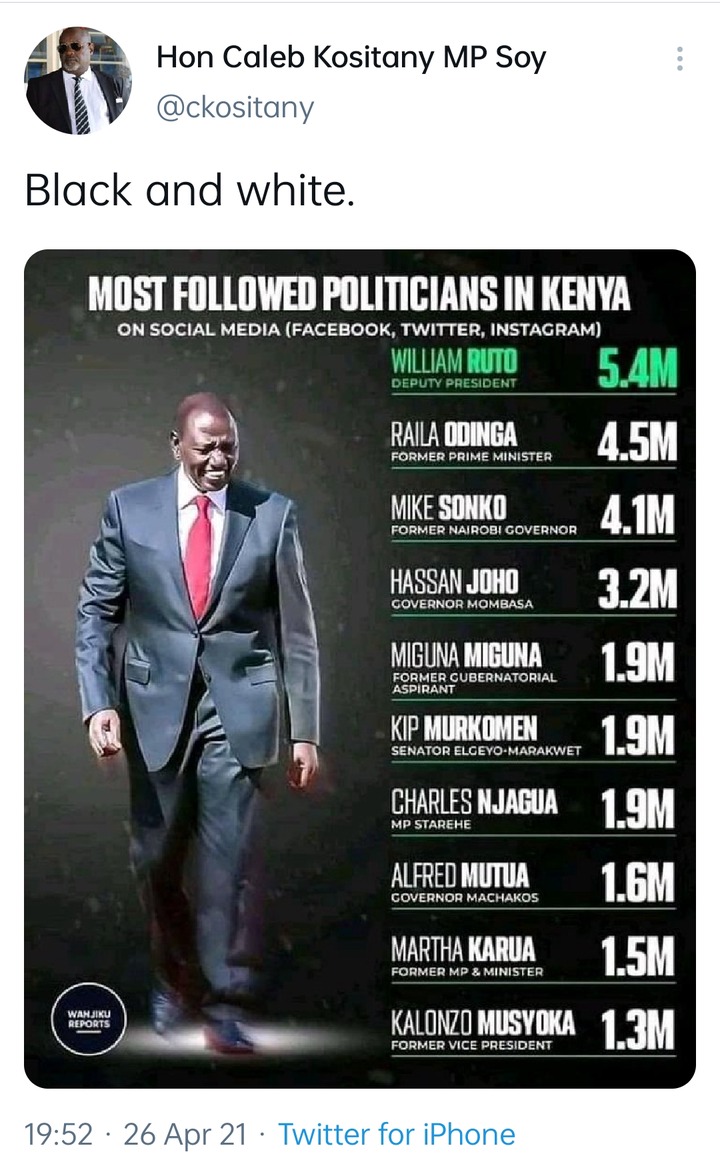