Yesterday, the paternal aunt to the Former Forty Fourth President of The United States, Barrack Obama was laid to rest in an emotional farewell at her home. 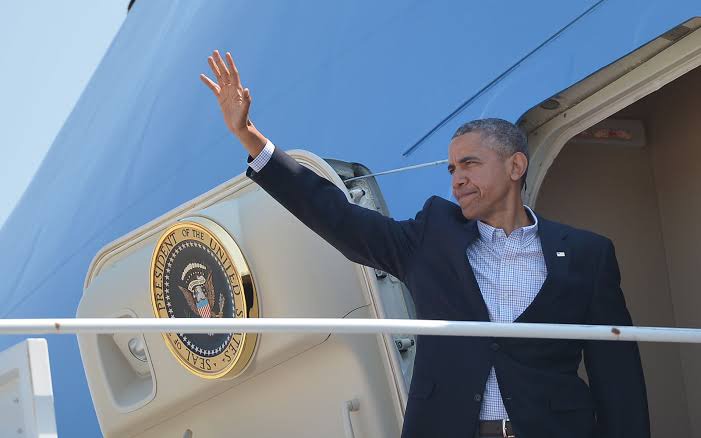 Mama Hawa Obama died a few days ago and the stark realization that she lived in abject poverty drove a debate online on her relationship with the former President of The United States.

This morning, according to reports, the son to Mama Hawa Obama, Razick Amuna, has come out to strongly condemn Barrack Obama in a statement.

Razick Amuna says that despite him being the cousin to the former POTUS, he has totally neglected them and their mother who had to sell charcoal in order to raise them.

"When Barack became President, my mother was very excited because she knew we would reap from his election. As her children we were also excited because we thought our days of suffering had come to an end.

My mother is the one who follows Barack Obama Senior. The expectations we had after Obama became President did not bear any fruits. It seems like Obama did not know that his aunt was unwell and residing in Oyugis, Kokal location." Razick Amuna said.

Mama Hawa Obama was married to the late Senior Chief Magak Odek of Kokal Location who died in 1993.

Uhuru Warns Gachagua, Ichungwa Reveals Why Ruto Must Not Be 5th Ask Them To Reconsider Their Support