By Wilson_Kimani (self meida writer) | 27 days 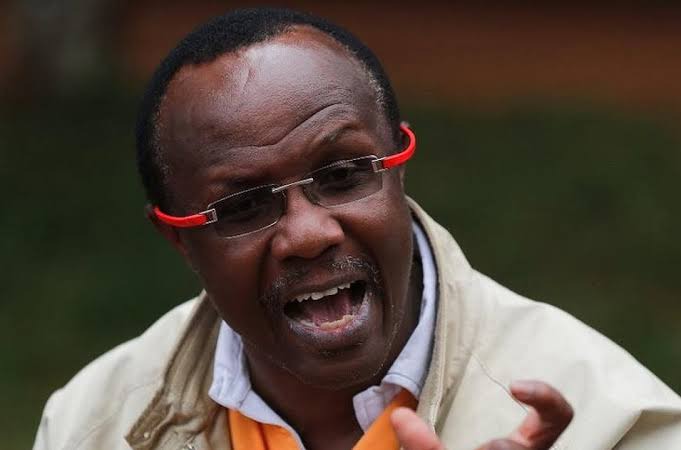 The Jubilee government has invested a lot of resources to infrastructure as this is one of the four big agenda. However, although it has friend in improving the state of roads in various parts in the country, some of them are still under poor condition.

President Uhuru Kenyatta is yet again under siege after blogger Abraham Mutai took to the social media, the poor state of a Kiambu road. This is something that has attracted the attention of David Ndii, who reacted in a ridiculous way.

According to a previous post by Abrahaam, a road called Lioki- Karia- Ikinú, in Gíthúngúri Constituency was seen full of mud and impassible by vehicles. It is the road that farmers use to deliver milk. The are is headed by Area MP, Kago and Governor James Nyoro.

David Ndii reacted to this road in a statement that was possibly aimed to attack President Uhuru Kenyatta, being the head of Jubilee government.

Ndii brought a statement which he wrote in a manner that suggested they were directly said by President Uhuru as follows: 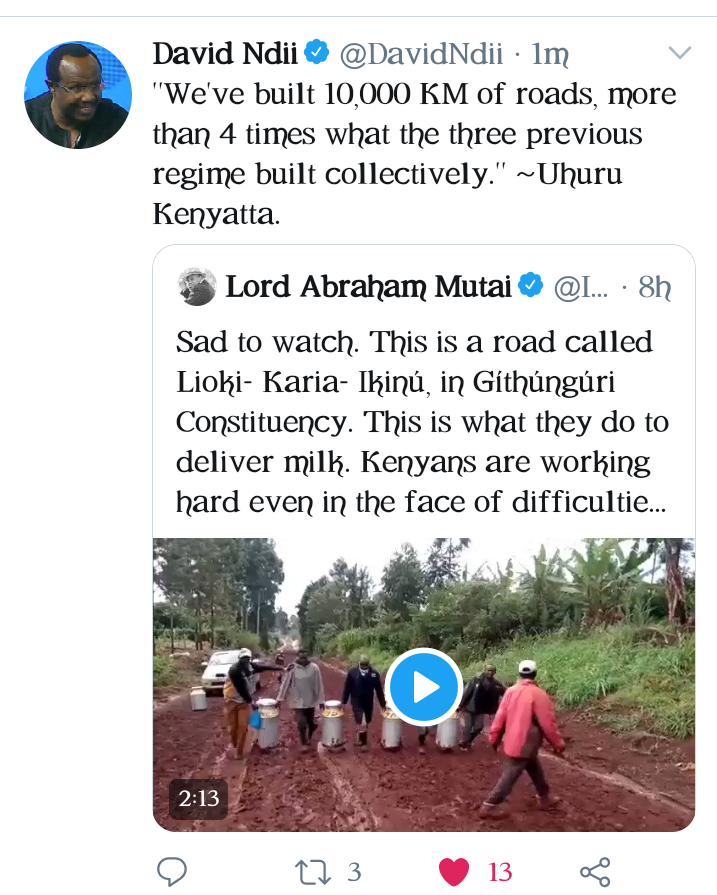 Meanwhile, we would like to hear your opinion on the above statement. Share with us in the comments section below.

Israel Silence Gaza as it Increases Security Along Its Borders.

"The Judges Did Not Stop Me, They Stopped The President," Junet and BBI Team Hit Back At The Court

Forget DP Ruto, Retired Judge David Maraga Could be the Happiest of the High Court Ruling on BBI

List Of Kenyans who Filed Petition Against The BBI Process