By Vanchoxx (self meida writer) | 12 days 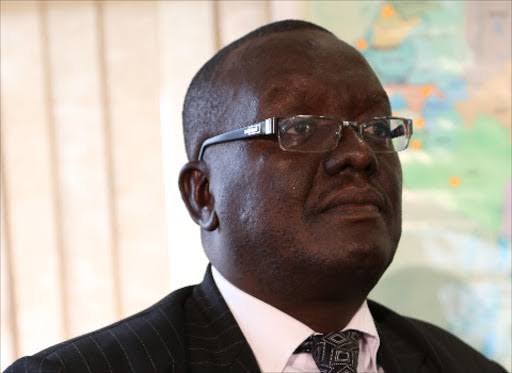 The politics of these country have attracted almost everyone across the country. President Uhuru Kenyatta and Hon Raila Odinga have been doing a tremendous job in jubilee government during this second term. Section of Kenyans now want president Uhuru Kenyatta to extend his term so that his good work cannot come to premature end in the coming general elections.

President Uhuru Kenyatta and Hon Raila Odinga came with the BBI report which has been causing all kinds of drama in the country. The high court judges rejected the BBI bill which was later taken to court of appeal. With submission already done by both teams now it is the work of court of appeal to come up with there decisions after legal minds like SC Khaminwa doing a tremendous job.

Paul Mwangi who is Railas close ally has dropped a Bombshell to Tangatanga fraternity with there chest thumping behaviour. According to Paul Mwangi he is still wondering why Tangatanga are celebrating over winning against party like Jubilee which they claim is dead. "It's none of my business but can't stop wondering: If Jubilee is dead as UDA says, doesn't that mean UDA almost lost a by election in Kiambaa to a dead party?" 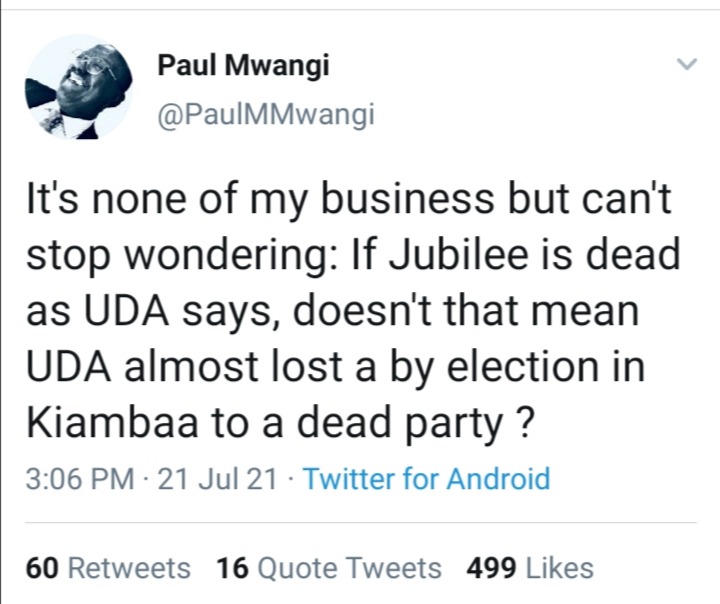