As politicians take the battle to the skies splashing billions, a Majority of Kenyans are staring at starvation.

This paints a hopeless situation of the big gap between the Kenya's halves and half nots with the gap projected to increase further since these Politicians are largely the owners of factors of production.

In another story, the former prime minister Raila Odinga has given up on his efforts to negotiate a deal among the azimio aspirants in Kisii county.

The coalition had passed a resolution to weed out weak candidates in favor of strong ones so as to maximize chances of having majority seats in Parliament and council of governors.

However, Kenya kwanza only has Machogu who is vying on UDA ticket and is likely to carry the day banking on the cannibalism in azimio. 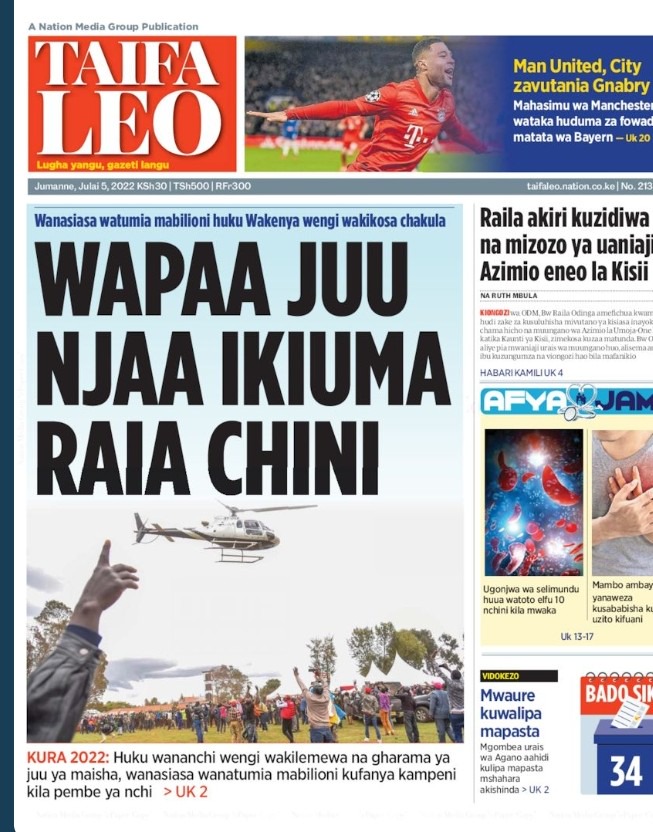 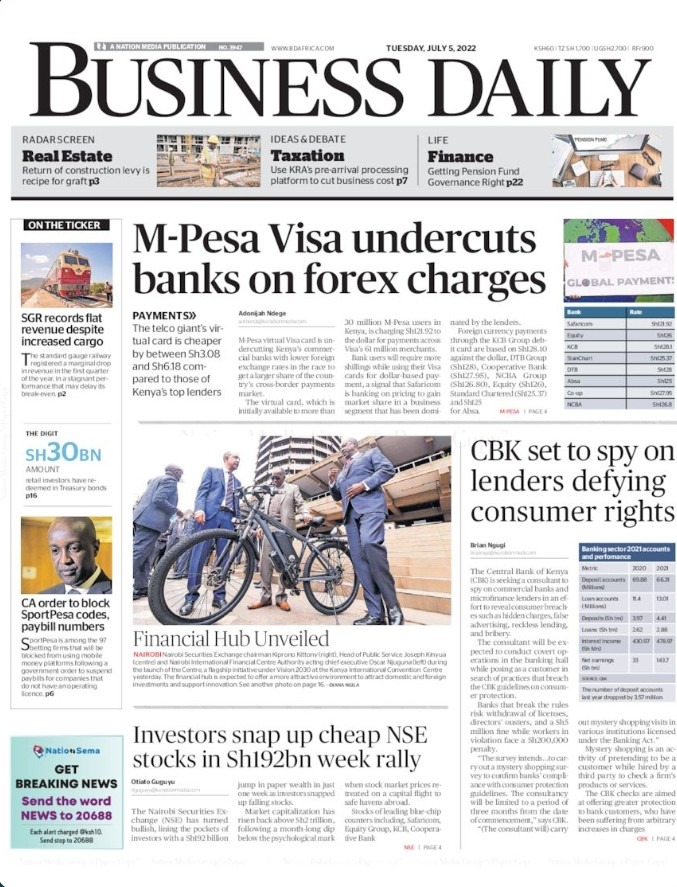 IEBC clears 16000 to vie for various seats in the upcoming general election scheduled for august 9.

Premium Tears awaits the aspirants who are going to lose as only a small fraction is going to succeed.

Huge salaries, other perks and authority to incur expenditure and control huge budgets in counties and CDF seem to be the motivating Factor here. 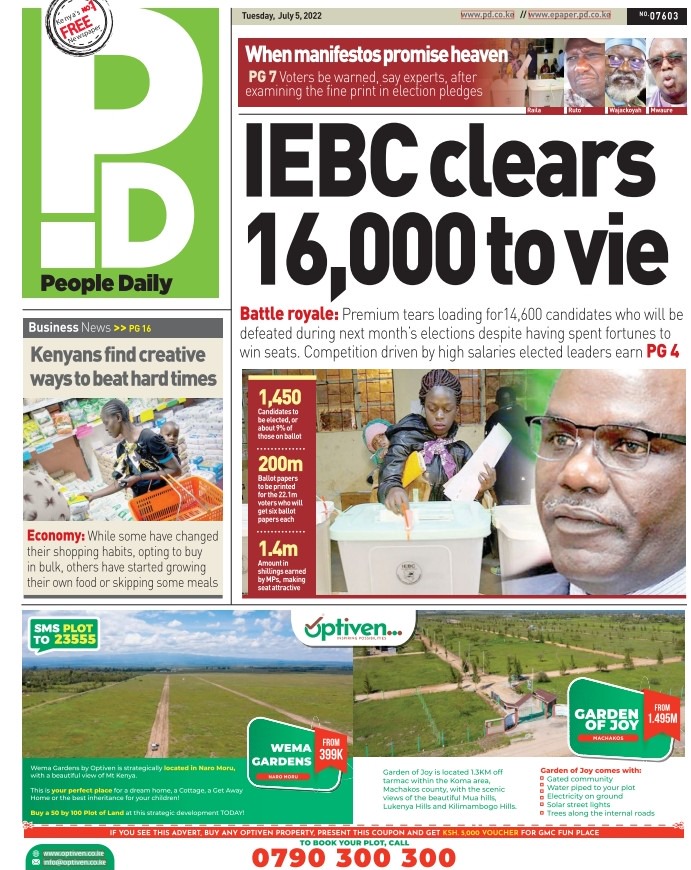 The deputy president William Ruto has now come out guns blazing explaining the behind the scenes dealings that made Uhuru president.

Speaking in Meru, Ruto said he doesn't regret pushing Uhuru to be reelected the second time especially after the Botched 2017 general election.

Ruto claimed that he could hold three meetings to popularise Uhuru's bid while the president was sound asleep.

In another story, wiper democratic party has now dropped sonko in Mombasa gubernatorial race and have replaced him with mbogo.

This is even after the former Nairobi governor got a reprieve yesterday from the court. 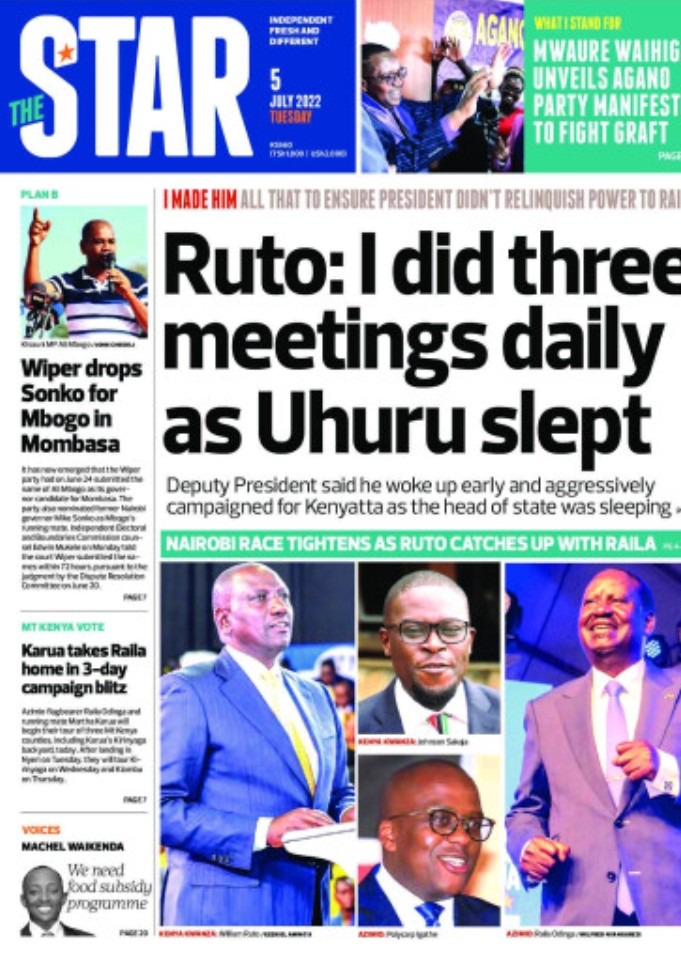 The deputy president William Ruto of Kenya kwanza alliance and his azimio competitor Raila Odinga have picked the best IT gurus to man their votes in the upcoming general election.

Whereas Ruto banks on Davis chirchir, Raila Odinga's side has picked on George Njoroge of east Africa data handlers as the battle now shifts to the guarding the votes. 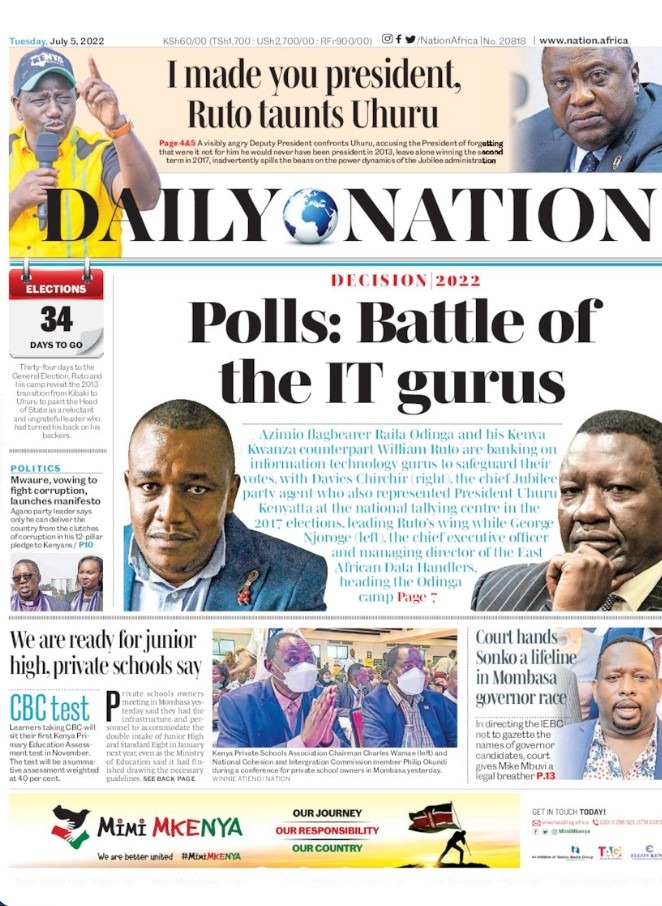 A number of voters now want the next president to deal with the cost of living which has skyrocketed.

The high cost of living which has reduced the purchasing power and confining many kenyans to poverty has also become a campaign tool for the foremost presidential contenders with each side giving lofty promises. 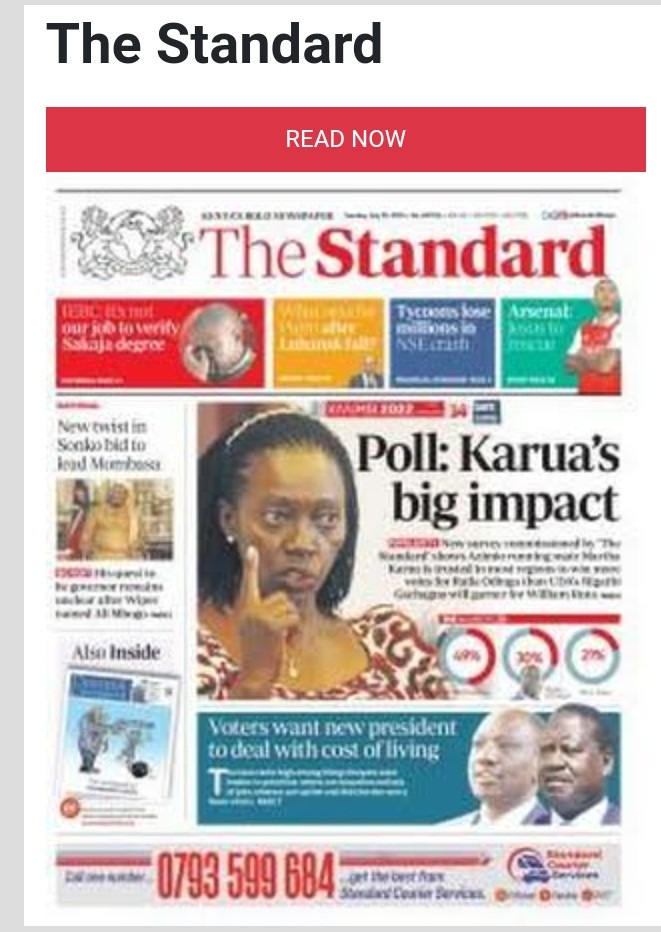 Last Word Of Young Man Before He Died In Embu County