By Denniskipkoechtonui (self meida writer) | 17 days 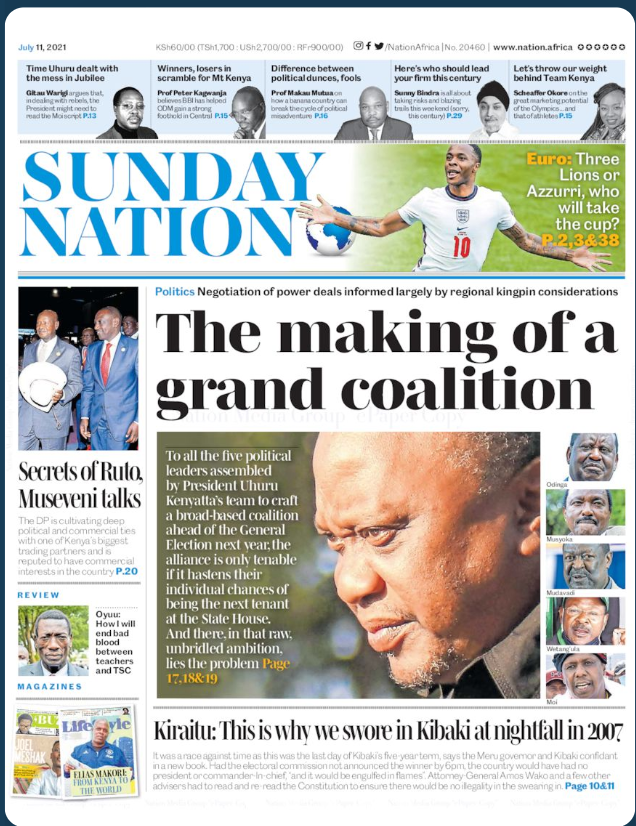 Headline - The making of the grand coalition

Negotiation of power deals informed largely by regional kingpin considerations.To all five political leaders assembled by President Uhuru Kenyatta's team to craft a broad coalition of the General Elections next year, the alliance is the only tenable if it hastens their individual chances of being the next tenant at the State House. And there , in that raw , unbridled ambition, lies the problem.

The deputy president William Ruto is cultivating deep political and commercial ties with one of Kenya's biggest trading partners and is reputed to have commercial interest in the country.

Kiraitu : This is why we swore Kibaki at the nightfall in 2007

It was race against time as this was the last day of Kibaki's five -year term, says Meru governor and Kibaki confidant in a new book. Had the electoral commission body not announced the winner by 6pm , the country would have had no commander in Chief or President and it will be engulfed in flames. Attorney General Wako and few others were asked to read the Constitution to ensure would be no illegality in swearing in. 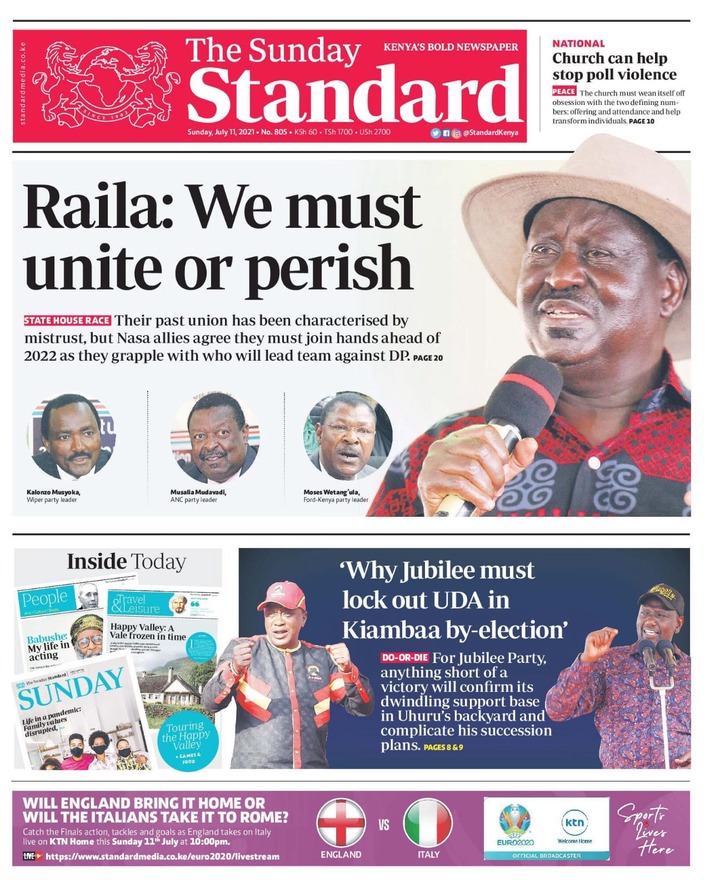 Raila : We must unite and perish

Their past union has been characterized by mistrust , but NASA allies agree they must join hands ahead of 2022 as they grapple with who would lead team against Deputy President William Ruto in State House race.

Why Jubilee must lock out UDA in Kiambaa

For Jubilee Party, anything short of victory will confirm its dwindling support base in Uhuru's backyard and complicate his succession plans. 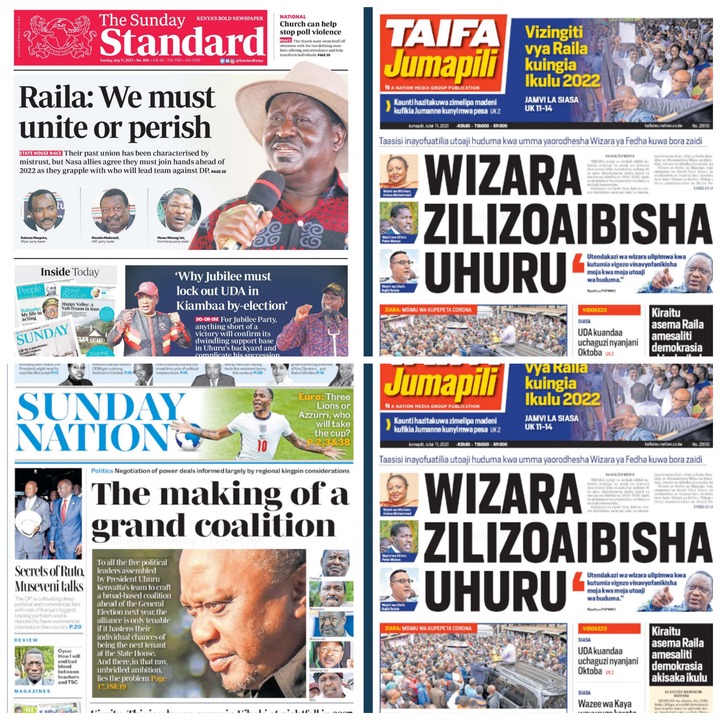 Ways To Keep Your Bones Strong