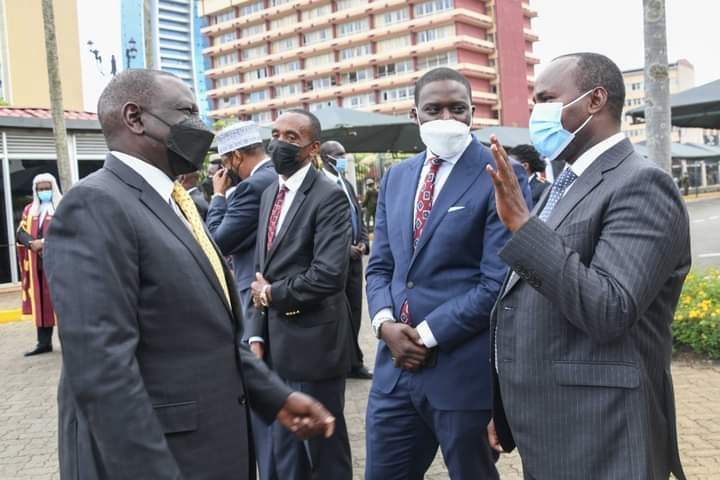 Deputy President William Ruto on Tuesday had a chance to interact with lawmakers at the Parliament, including those who have been attacking him and calling him names, which resulted in speculations

The second in command was in parliament to attend the state of the nation address by his boss, President William Ruto.

Members from both the National Assembly and Senator had a chance to attend the event invitation.

After the event, DP Ruto was seen going around the Parliament Building, saying hi to lawmakers from different political grounds. 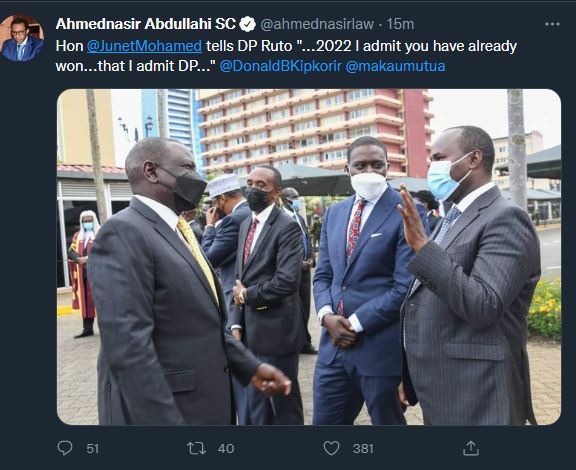 He was captured exchanging a moment with Suna East MP Junet Mohamed. The lawmaker is a key member of Ruto's opponent, ODM leader Raila Odinga.

The vocal MP who is always with Raila is known for trolling DP Ruto and calling him funny names. 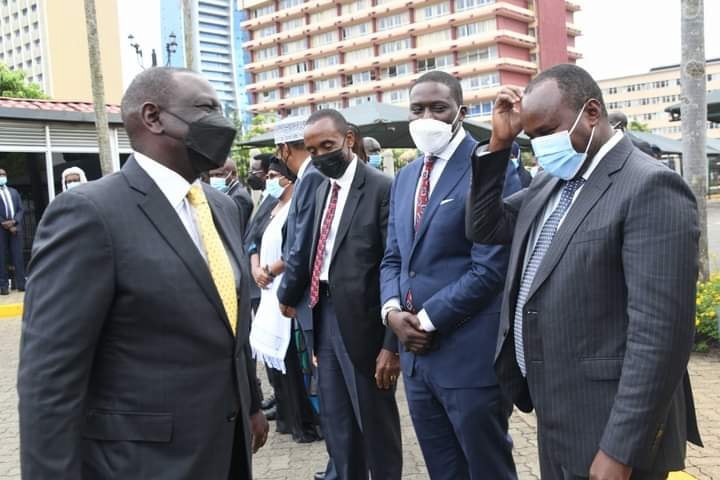 However, when they met today, it was a different story, they both laughed together. At some point, the MP was captured scratching his head, but in the end, they enjoyed the moment, clear sign politicians are always friends regardless of their political differences.

The pictures have sparked some reactions, with some Kenyans saying Junet was saying DP Ruto is going to win the 2022 presidency. 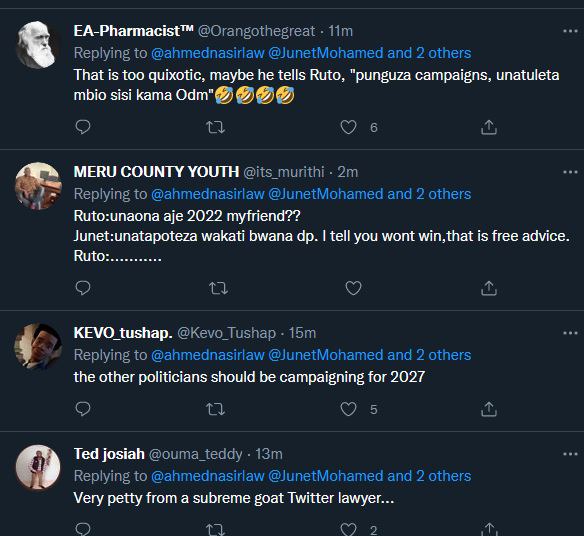 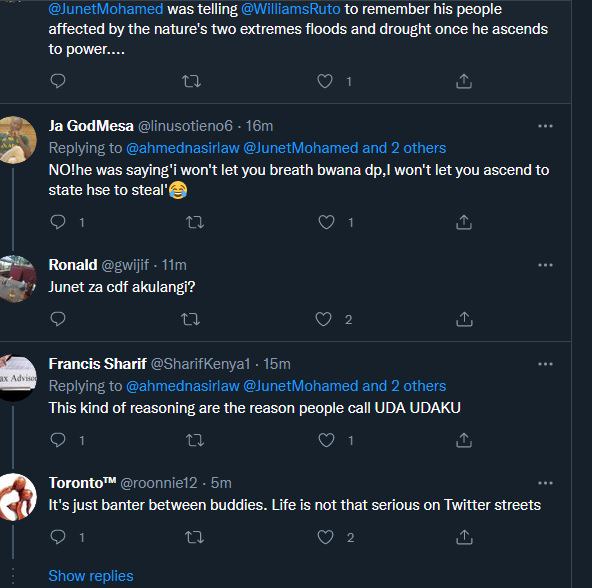 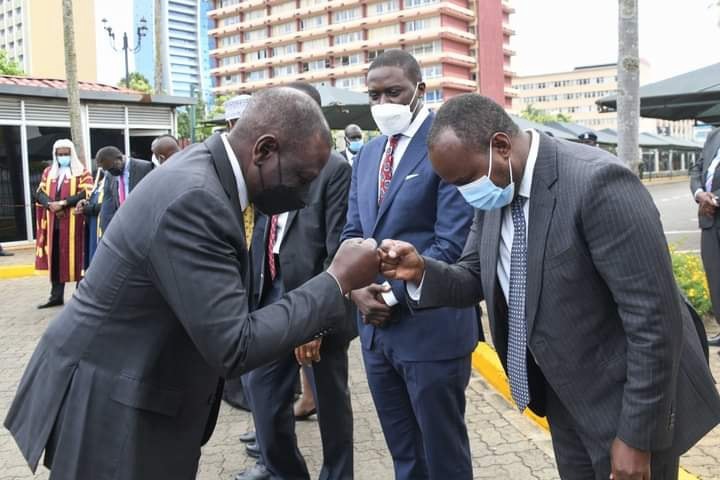