By Jubalander (self media writer) | 2 years ago

The noisy talk by Raila Odinga's ODM party and his cronies of a powerful BBI Tsunami that could sweep every politician in the country has since gone silent for months now an indication that perhaps they mistook a political surface runoff for a Tsunami. 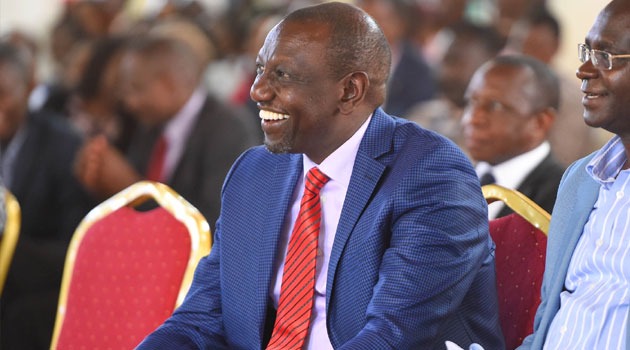 In meantime, famous political analysts who have been correctly predicting the most probable winners in the past presidential elections are now switching their predictions in favor of Ruto. The latest political analyst to confirm Ruto's dorminance in the current political scene is Mutahi Ngunyi who had initially made claims that Ruto had been used by the Mt kenya mafia and that he stood no chance to be supported by the region come 2022.

In a quick reflex move, Mutahi Ngunyi now has indicated that Ruto's political following across the country was enormous and could be considered as grabbing the whole of Kenyan vote rich counties. This signifies how powerful Ruto's team has become in kenya's political scene.

David Ndii who had claimed that he would leave kenya should Ruto become president of Kenya, the same man has now changed his tune to support the latter arguing that he makes a better president as compared to the current one. This means that he no longer sees chances of his friend Raila making any good threat to Ruto's ambitions.

If the BBI reggae was compared to a Tsunami, then Ruto's hustler movement can only be equal to a political hurricane. This is after his team has managed to overcome the effects of the parliamentary purge that saw his allies kicked out of allowance rich house committees and replaced by pro handshake politicians.

Herman Manyora who has been busy publishing how Raila will beat Ruto come 2022 has too gone to an online silence an indication that perhaps he has realised that the political tides in the country have changed direction in favor of the self proclaimed hustler of the nation.

The BBI report which was to be unveiled by the president and Raila upon the latter's arrival from treatment in Saudi Arabia seems to be a hot potato that Kenyans should not have a clue of its contents and concequently, it remains on shelves and as a result, the BBI Tsunami remains a false prephecy.

Content created and supplied by: Jubalander (via Opera News )