Voters in London Ward will be taking to the ballot on 4th March 2021 to decide on their next MCA to take over from where the former MCA left at due to his untimely death in 2020. 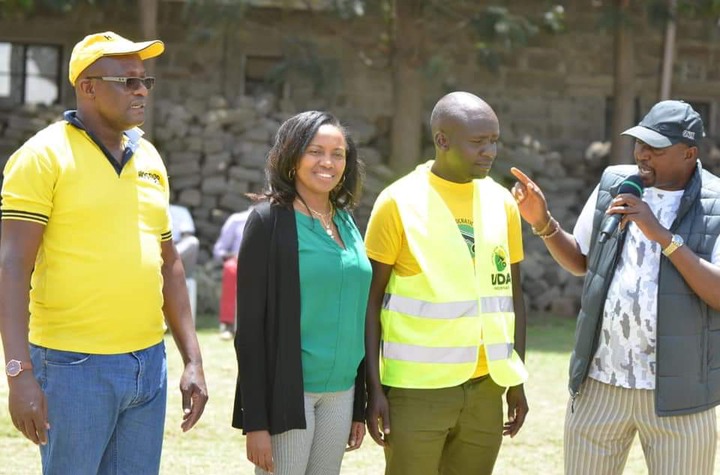 Ahead of the by-elections, campaigns have been robust in London Ward as various parties of interest mobilized voters for support.

After a series of campaigns for United Democratic Alliance (UDA) party candidate, DP Ruto ally, Senator Susan Kihika, has today written a letter to the Inspector General of Police on the London Ward By Elections. 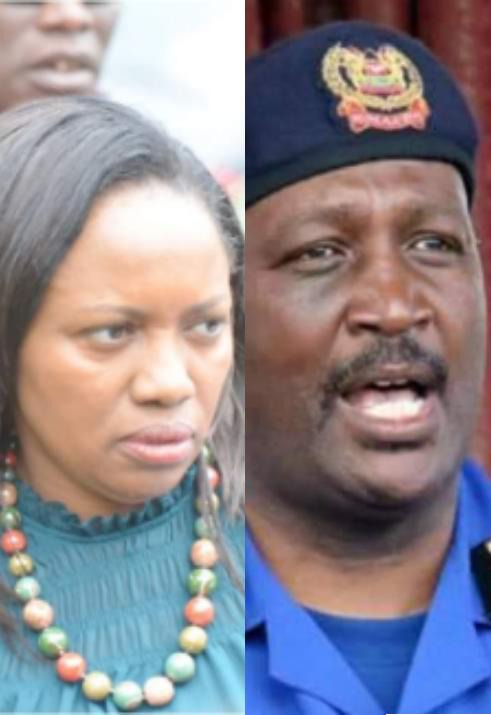 In her letter, Senator Susan Kihika has claimed that the State has planned chaos in the upcoming London Ward by-election in partnership with Jubilee party and disrupt the voting process.

She has further claimed that there are plans to threaten, block and curtail the movement of United Democratic Alliance (UDA) supporters on the voting day, through the OCPD and cause mayhem in UDA strongholds within London Ward. 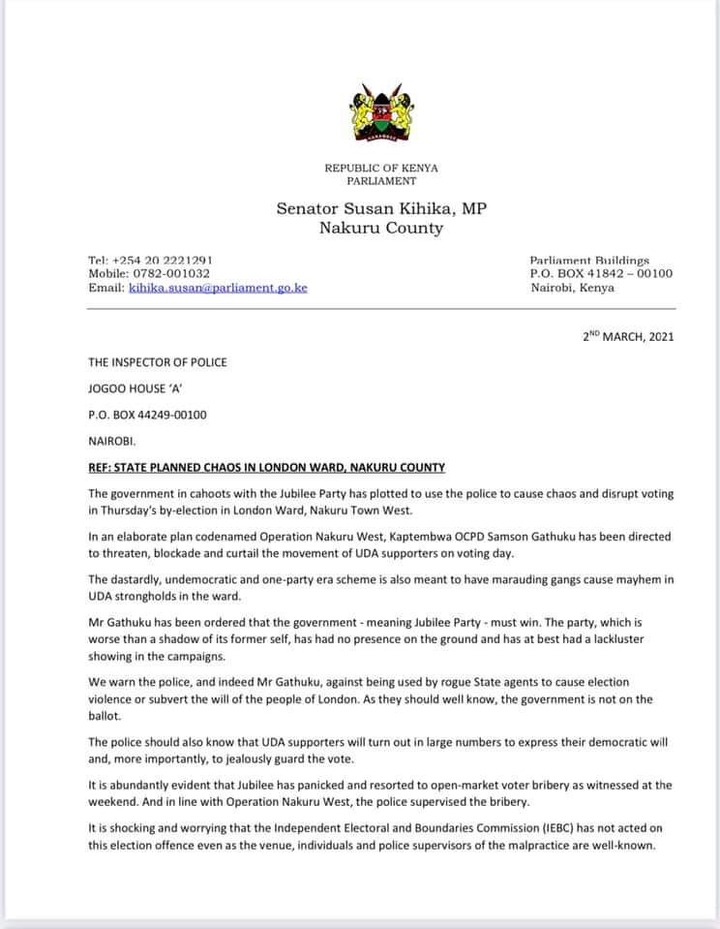 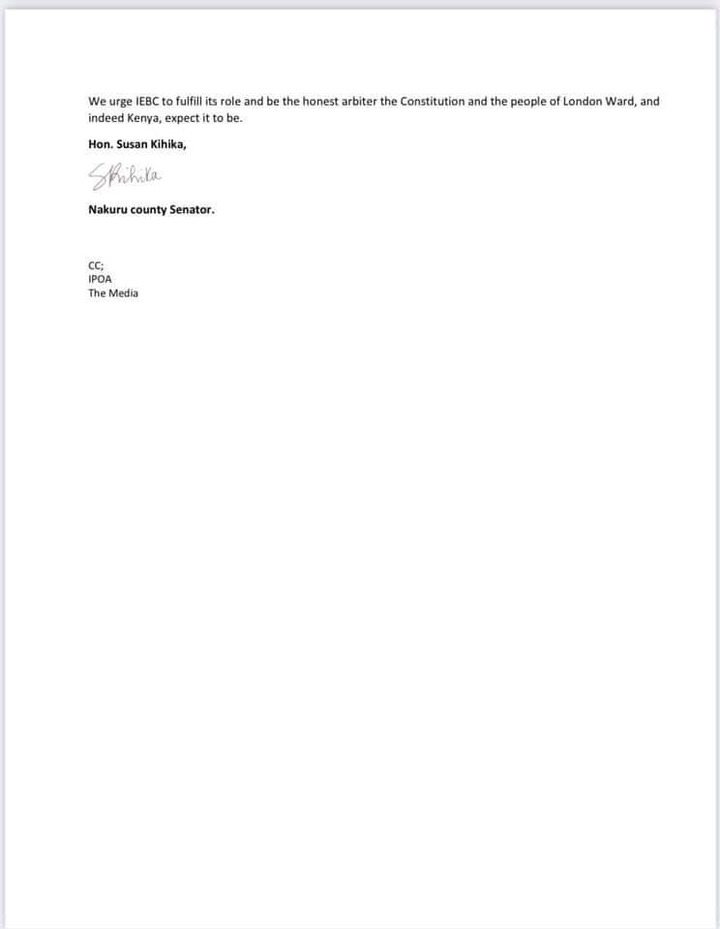 The letter by Senator Susan Kihika to the Inspector General of Police, Hillary Mutyambai, has raised speculations on whether UDA party; linked to DP Ruto, has sensed Defeat in the upcoming London Ward by-election.

Below were some of the reactions to the letter by Hon Susan Kihika to the Inspector General on the upcoming London Ward by-election;

"I think you have done zero work. If you are alleging that the police are under direction to disrupt the process, the police themselves are taking direction from the same inspector general you are addressing, what result are you aiming to achieve. It's like writing to a robber informing him about the impending robbery that is to be executed by himself." - Owino Ogola

"People Power is supreme they will not intimidate us we shall stand firm." - Orkoyot Samoei

"Deep state uoga ni ya Nini yet you always have numbers of ousting leaders in both parliaments#Be men enough and come and face the real Wanjiku cowardness will not help let the citizens of London Ward to exercise their democracy and choose the leader they want." - Collins Amdany

"If you are well prepared fear not." - Daniel Kimani

"This cowardly done letter....... A political problem being stage managed as an escape channel." - Shem King

"Sympathy haitawasaidia naniii,,, Tell the people what your candidate will do for them , acha propaganda na catwalk." - Phil Munda

Do you think UDA has sensed defeat in the upcoming London Ward by-election?

Prominent Bishop Nabbed by the Police Officers in Nairobi See Why