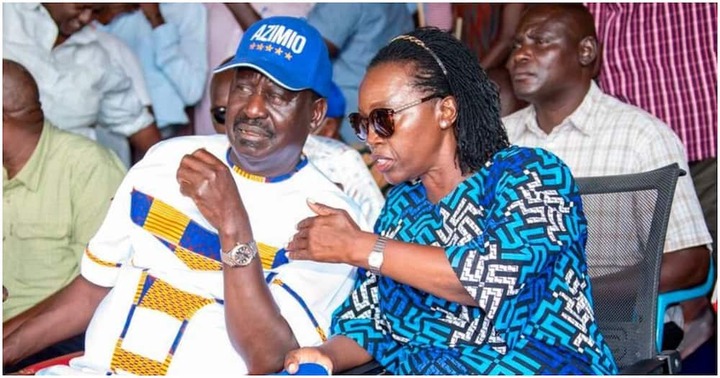 Raila leading the Azimio la Umoja One Kenya Alliance, and Ruto leading the Kenya Kwanza Alliance has been described as the front runners in a race that has attracted 55 aspirants, with 38 being independent candidates.

According to Gitile Naituli, Raila will be having an upper hand in his State House bid due to the gender factor that has been taken care of by bringing Karua on board, and also Mt Kenya Region which is considered the backbone of Kenyan politics.

Naituli argues that Kenyans will not view Raila as President Uhuru Kenyatta's project since he chose Karua who is known to be a 'no nonsense and straightforward leader,' and the fact that he did not choose Murang'a Woman Rep Sabina Chege and Former Gatanga MP Peter Kenneth as the DP, since both were nominated by Uhuru's Jubilee party.

The Multi-Media University lecturer went on to claim that there will be a mass exodus from Kenya Kwanza Alliance to Azimio in the next one month, and more so from Mount Kenya Region, saying that Raila will be boosted by the swing vote and the women card.