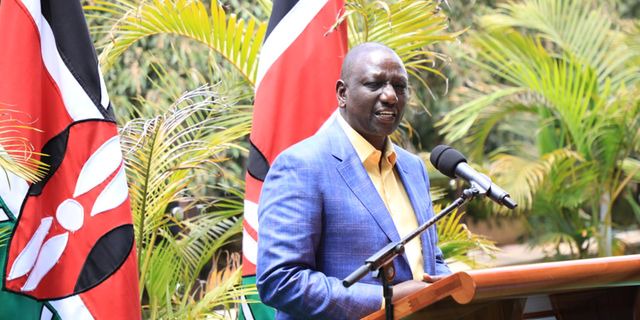 Several people who were among the masterminds who organized deputy president William Ruto's recent event in Maragua constituency in the vote rich Murang'a county were shocked after receiving strange messages recently.

However, it later dawned on them that the messages that purported to have sent to them Kshs 5,000 each were fake as they could not withdraw the said cash as it was quickly "reversed".

And now, the police have come out to break silence on the matter that saw the Murang'a senator report a statement with police under OB number 12/22/05/22.

Led by Murang'a county police boss Alexander Shikondi, the police stated that the message was as a result of technological mischief that was meant to malign senator Irungu Kang'ata's name.

"The message is an outright technological mischief designed to malign the complainant's (Irungu Kang'ata) name," said the police boss," he said. 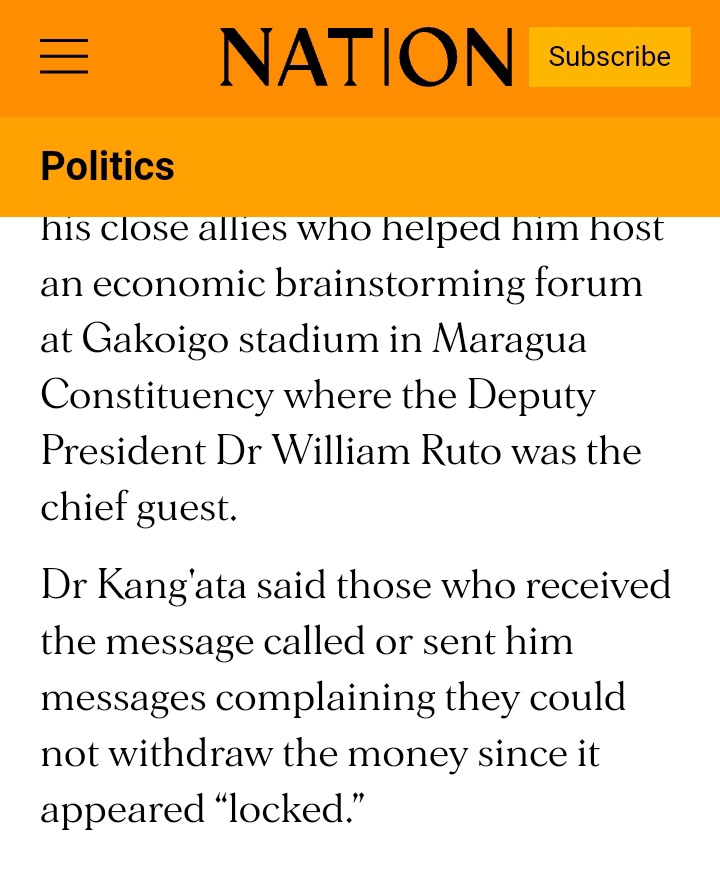 Police said that the case has been transferred to the DCI headquarters even as he expressed optimism that they are narrowing down on the main suspect who was involved in the scam that also attempted to siphon Kshs 20M from the senator.

Kwani Ulikua Head Girl? Pritty Vishy Questioned After Sharing This Photo of Her in School Uniforms

Sonko Responds After Nduruman Did This At Statehouse (Video)