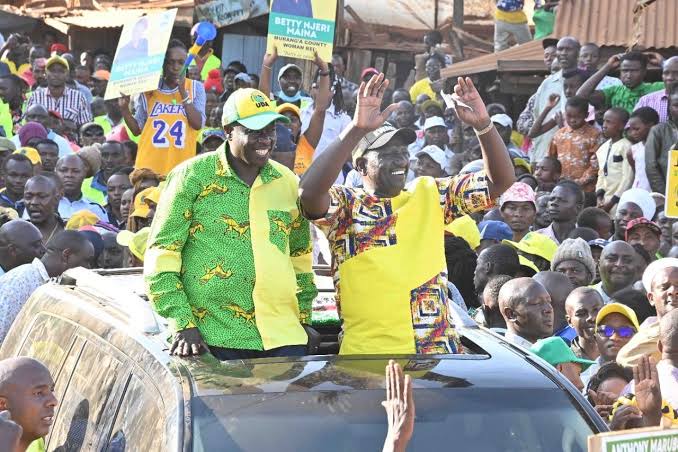 The Kenya Kwanza Alliance is formed by twelve parties but it has emerged that Ruto's United Democratic Alliance party, Ford Kenya of Moses Wetang’ula’s and Amani National Congress of Musalia Mudavadi are the only parties listed by Registrar of Political Parties as the founding parties of the alliance.

However it is revealed that eight other parties are on the receiving end as details emerge that the 8 parties whose roots are in Mount Kenya region are feeling disoriented. This is after more details emerged revealing that power will be shared only by the three founder parties which belong to DP Ruto, Musalia and Wetang’ula parties. These three top principals in KKA are said to have reportedly formulated the coalition agreement.

This comes despite the discord in Kenya Kwanza which has seen Moses Kuria and William Kabogo withdraw from Kenya Kwanza rallies. William Kabogo had also complained last month claiming that power sharing deal shortchanged Mount Kenya region which only got a running mate post that was given to United Democratic Alliance and therefore reducing other parties into spectators. 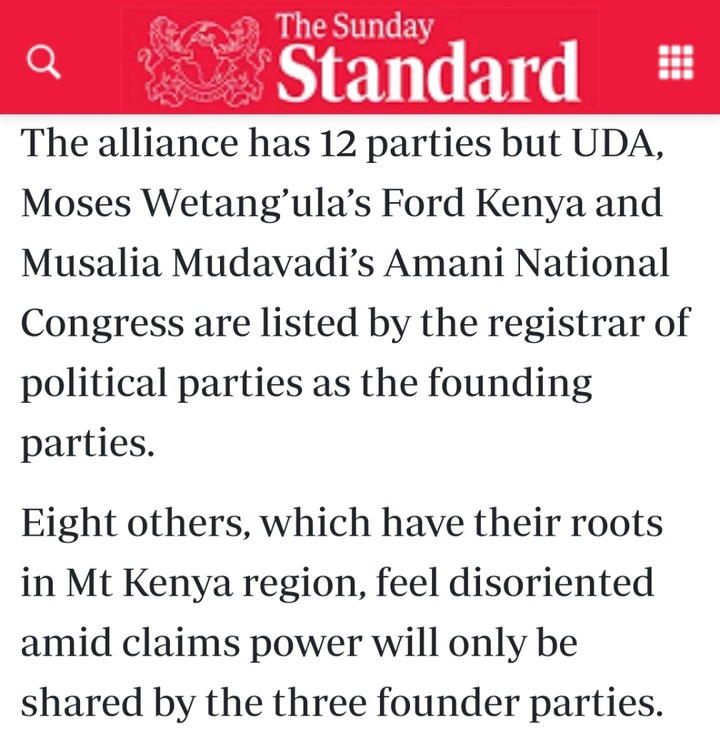 Details Reveals The Meeting Of President Uhuru And Elections Observers At State House.

Photos Of The First Car Ever In Kenya