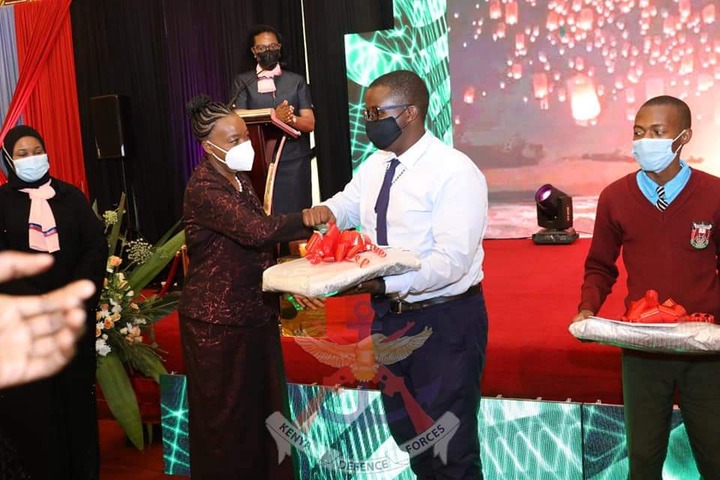 The association provides a platform to exchange ideas, interact and provide benefits to members, as a support system to families of the deceased, persons with disability, retired and serving personnel of the Kenya Defence Forces (KDF).

In her opening remarks, the MWAK treasurer Mrs. Aileen Ogolla, thanked the Ministry of Defence and all the partners on board in supporting the journey that has led to the birth of association. 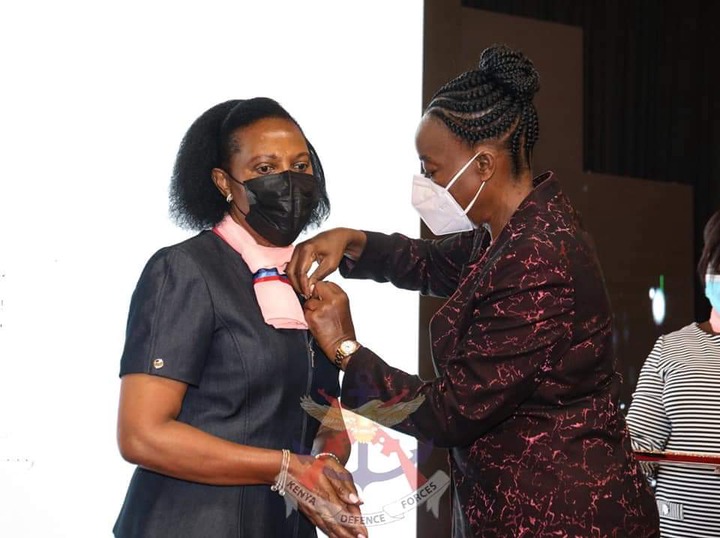 CS Defence, in her address, commended the Chairperson MWAK, Mrs. Tabitha Kibochi and her team for conceiving and birthing the association, saying its aim is noble in promoting the welfare of the families of Officers and Service Members of the KDF whether serving, retired or deceased.

“The welfare of our troops is of utmost importance in the Ministry of Defence. It is known that a soldier performs best in his line of duty when he knows that his family back at home is taken care of. I therefore have no doubt that the work and activities of the MWAK will support and augment the official efforts within the Ministry with regard to the welfare of families, children and widows of all ranks including those of retired personnel,” she said.

The CS further congratulated the recent efforts by MWAK in supporting the differently abled children at Kahawa Garrison where various aids were donated.

The Chief of Defence Forces (CDF), General Robert Kibochi recognized the vital role played by the wives of soldiers in taking care of that which cannot be regimented within the direct military chain of command.

"The complementary role played by women, both as spouses and parents ensures that the soldier can singularly focus on mission readiness. I commend all those who have actively participated in the development of frameworks upon which this organization is founded," said the CDF.

“The physical and mental health of a soldier contributes to the wellbeing of our soldiers to build on mission readiness for the welfare of our families,” he said.

MWAK Chairperson Mrs. Tabitha Kibochi said the association seeks to improve the Welfare of KDF soldiers in many areas including maternal healthcare.

“We hope to achieve milestones in collaboration with Compensation and Welfare department at the Defence Headquarters and additionally seek ideas from other charities for the benefit of our military families,” said Mrs. Kibochi. 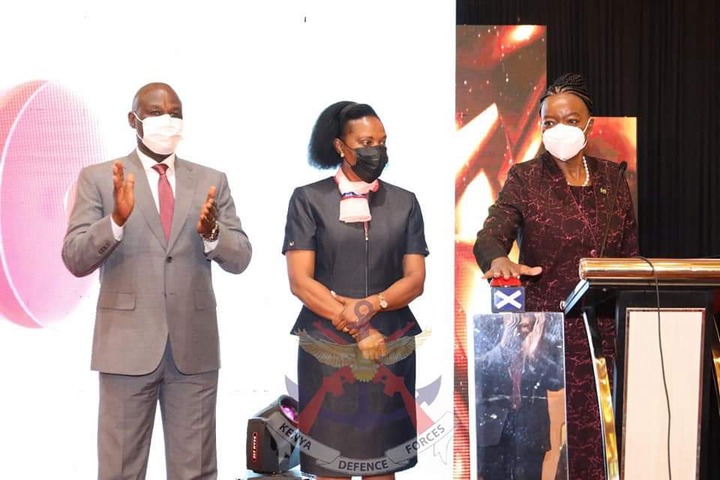 During the inauguration, Senior Seargent Gladys Emodo gave a well themed poem titled ‘ The Silent Ranks’ that emphasized the role MWAK plays in supporting the welfare of soldiers.

Senior Seargent Jackline Ohomo gave her experience with MWAK. “I want to thank MWAK for the walking aids for my four year old son who has cerebral palsy. The aids are quite expensive and I want to thank MWAK on behalf of every family that benefited from the donations. That surely put a smile on my face and to others,” she added.

Instruments of power were officially handed over to the leadership of the association during the ceremony mandating them to fully roll out their activities.

Kenyans Scramble For Matatu's In Nairobi In Fear Of Curfew

Nairobians Seen Scrambling to Get on Buses Before 8 PM Curfew