How Raila Interacted With OKA Principals, Waiguru As He Arrived At Wang'uru Stadium For Mashujaa Day

A few minutes to 11am in the morning of today on the Wednesday of October 20th, the former Prime Minister Raila Odinga arrived at Wang'uru International Stadium in Mwea Constituency of Kirinyaga county to join Kenyans in marking this year's Mashujaa Day celebrations.

Raila who has been in the Mt. Kenya region for a few days as he camped in the eastern part of the region for his 'Azimio la Umoja' and some rallies found various notable leaders like the One Kenya Alliance principals as well as several Governors having already arrived at the stadium for the function.

He was dressed in a navy blue safari suit which he matched with his iconic white godfather hat and upon getting to the main pavilion of the stadium where dignitaries were seated, he took a moment to interact with those who had preceded him.

One by one as he met them, Raila shook hands with them and the likes of Moses Wetang'ula, Gideon Moi, Musalia Mudavadi, James Orengo and other leaders were the first people to interact with. 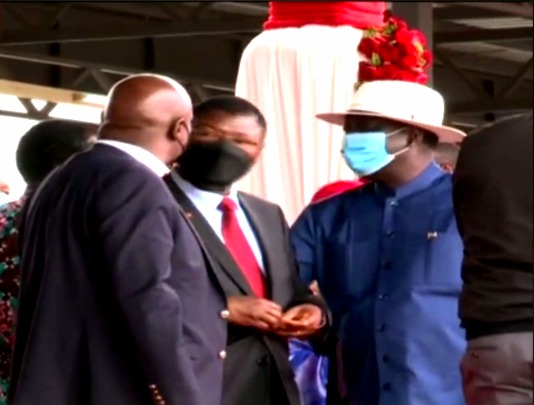 They were not just greetings but rather he shared light moments with them here and there and they could be seen laughing in those exchanges.

He took his seat thereafter but before long, he was made to stand on his feet to greet other leaders that had wanted to exchange a word or two with him.

The Kirinyaga Governor Anne Waiguru and her Kiambu counterpart James Nyoro were among the leaders that engaged him in conversations before the start of the main function as captured in the photos below. 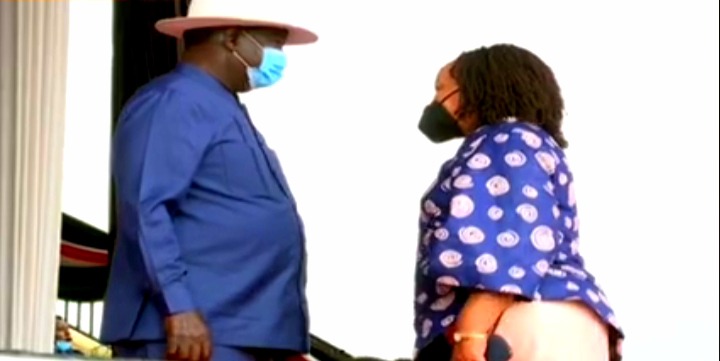 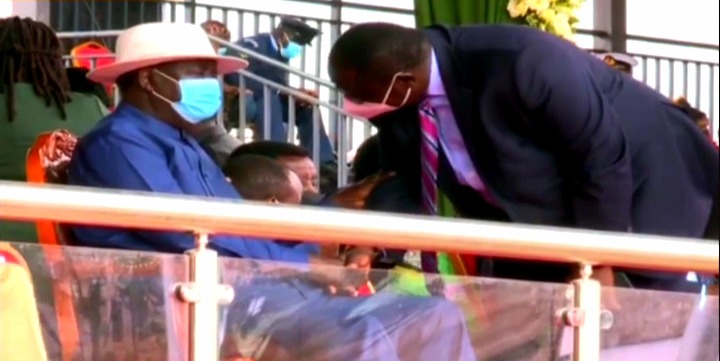 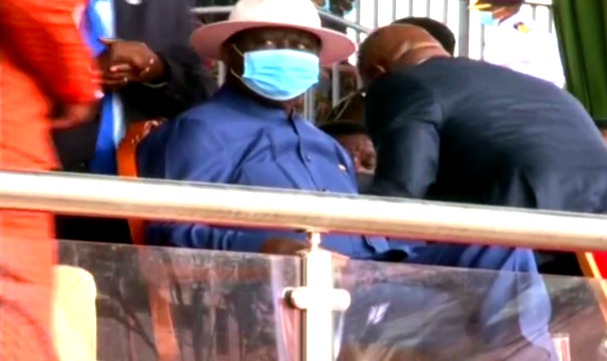 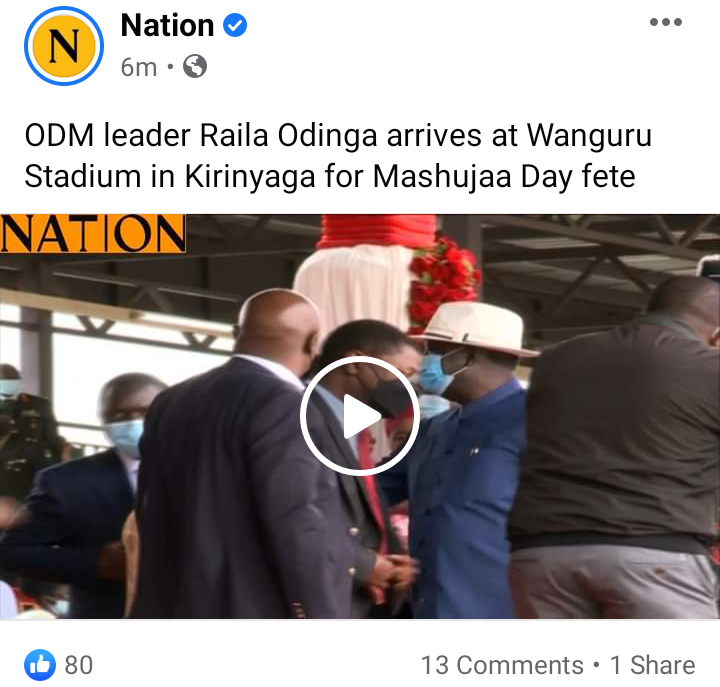