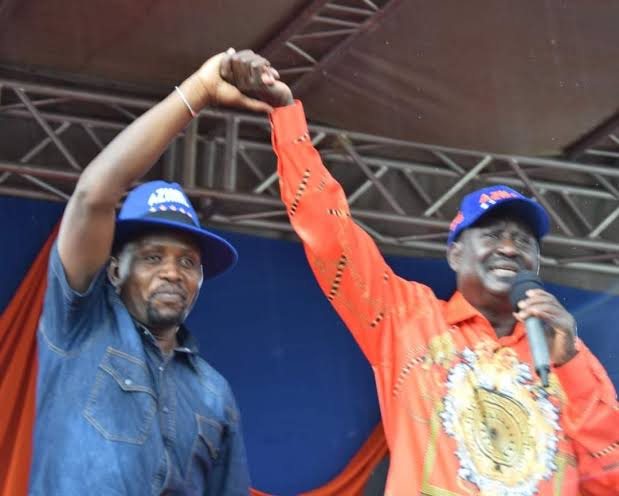 The Saturday Standard Newspaper has published the list of Trans Nzoia of four leaders who have ditched United Democratic Alliance UDA party to support George Natembea's Gubernatorial bid ahead of August 9th general elections. According to the reports published, the four were supporting Chris Wamalwa in the race to succeed the outgoing governor Khaemba under Kenya Kwanza coalition but changed their minds after Chris Wamalwa's decision of picking his running mate who was defeated in UDA nominations in the region.

The four leaders who decided to support Natembea who is running for Trans Nzoia gubernatorial seat using DAP-K party under Azimio La Umoja One Kenya included, Kipkoech Arap Mutahi, Teresa Meto, Julien Kichwen and Philemon Singoei. This comes after Chris Wamalwa picking Kirior who came third in UDA party nominations something that wasn't the agreement between them and Chris Wamalwa. According to them, Chris was supposed to give the community the opportunity to have one of them being his running mate but declined the agreement.

"We will now officially support Governor George Natembea and Azimio presidential candidate Raila Amolo Odinga. Wamalwa's decision to handpick his running mate who came third in UDA nominations wasn't our agreement. We are disappointed in his decision," said Metto as they publicly joined Natembea's camp. What is the way forward in UDA's camp? Is UDA losing popularity in Trans Nzoia county?