An opinion poll released by the Infotrak has now revealed that if Elections were held today, Nairobi Senator Johnson Sakaja would have won and become the Governor.

The pollster have revealed that Sakaja is leading the race with a total of 39 per cent of Support, compared to the Jubilee party candidate Polycarp Igathe who has 33 per cent of popularity. 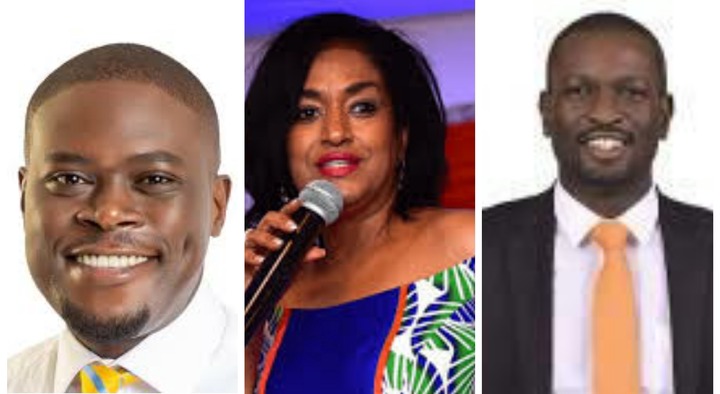 Senator Johnson Sakaja is vying to become the Governor for Nairobi through the United Democratic Alliance (UDA) party ticket under the Kenya kwanza alliance, while Mr. Igathe is under the Azimio la Umoja coalition party.

Infotrak gathered information from a total of 1,024 respondents from across the 17 constituencies in Nairobi. A total of 24 per cent of the respondents had not yet made a decision on whom they would vote for as at now according to the polls.

For the senatorial seat, ODM Secretary general Edwin Sifuna is leading with 44 per cent of the Support, followed distantly by Bishop Margaret Wanjiru having 12, as 39 per cent still waiting to make a decision.

The current Nairobi Women representative Esther Passaris is also on the lead with the Support of 46 per cent compared to 20 per cent of Millicent Omanga who is vying through the UDA ticket. 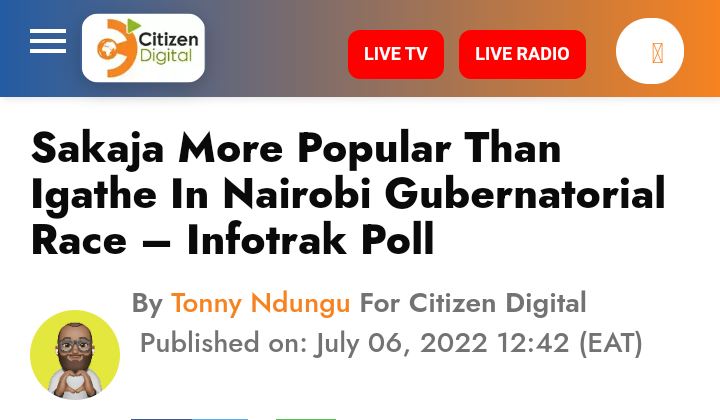