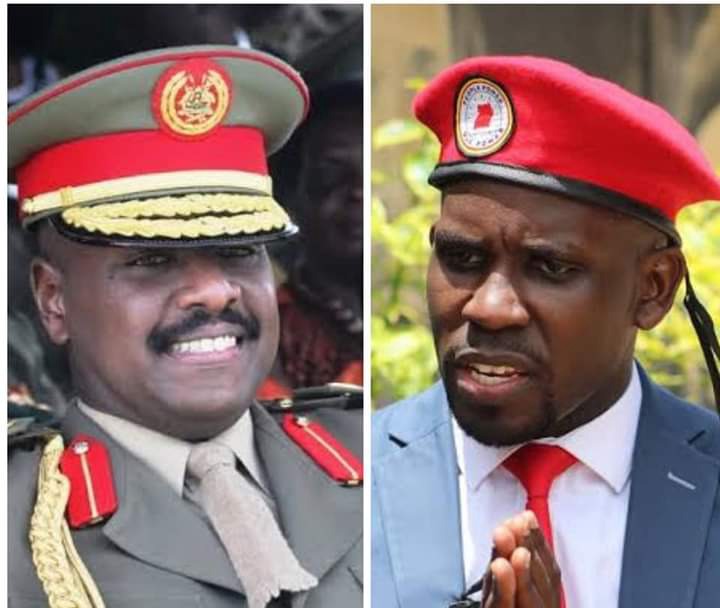 The Ugandan Commander of Land Forces tells National Unity Platform spokesperson Joel Ssenyonyi that he is imbecile after he replied on one of his posts about the Guinea Coup d'etat.

General Muhoozi today said if given the opportunity, it will not take seven days for the UPDF to bring order and peace in Guinea plus flush out the military agents that overthrew President Alpha Conde's government through unconstitutional means.

The National Unity Party spokesperson Joel Ssenyonyi was among the politicians who made General David Muhoozi furious by referring to him as 'Daddy's boy'. 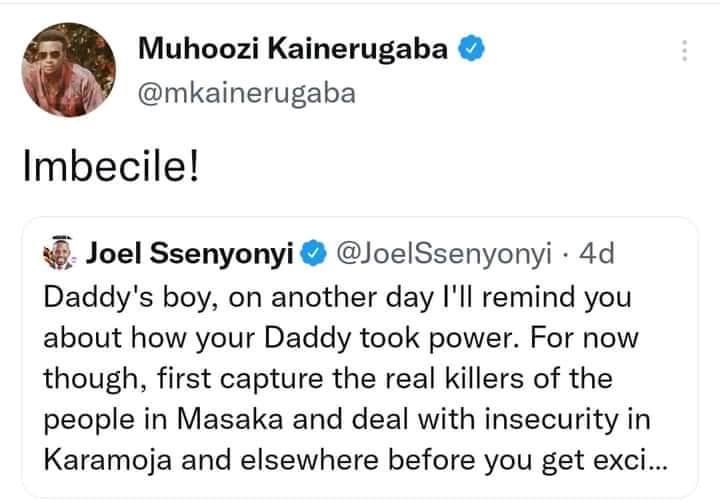 Joel Ssenyonyi said that before David Muhoozi of having bringing peace in Guinea,he should first consider on how he can bring Masaka the perpetrators to book and restore relative calm in Karamoja.

Ssenyonyi also vowed to narrate to the commander of land forces on how President Museveni Yoweri Kaguta captured power in Uganda.

David Muhoozi was joined Ugandan army in the year 1997, recruiting about 100 university who were trained as part of the Local Defence Unit (LDU) ,quasi trained soldiers, armed with sticks not guns. 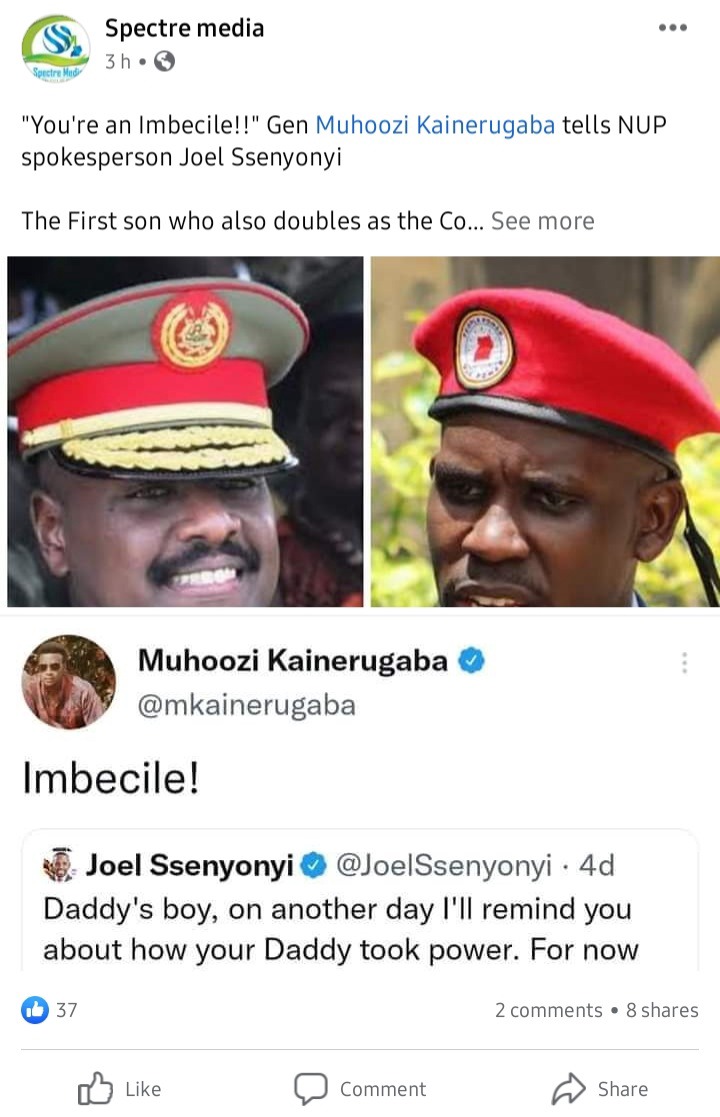 Muhoozi graduated from the prestigious Royal Military Academy Sandhurst in 2000 and was assigned in the then Presidential Protection Unit (PPU).