Two former Governors who are likely to win in the August general election.opinion

The clock is ticking towards the August polls. Policians are now running up and down to catch up with the deadline. The race for various gubernatorial seats continues to intensify with the candidates hitting the ground for campaigns.

There are former governors who have declared to run for the seats once again. This is after they lost them in the hotly contested 2017 election. Among them are William Kabogo of Kiambu, Ken Lusaka of Bungoma, Isaac Ruto of Bomet among others.

Among the former governors who are making comebacks, there are two who are likely to recapture the seats. These two are Ken Lusaka and Isaac Ruto.

He is contesting for Bungoma Gubernatorial seat against incumbent Wickliffe Wangamati. Lusaka is running with FORD Kenya party ticket while Wangamati is using DAP-K. Lusaka Lost the seat in 2017 after Moses Wetangula who is the Bukusu Kingpin endorsed Wangamati. This time round, Wetangula has changed tune and endorsed Kenneth Lusaka. This has placed Lusaka in a better chance of unseating Wangamati as the former is also using the dominant party in the county (FORD-K).

He was beaten by the late Joyce Laboso in 2017. Since then, Isaac Ruto went back to the ground for preparation and popularising his Cha Cha Mashinani party. He is facing UDA candidate Hillary Barchok and Bernard Mutai of ANC. 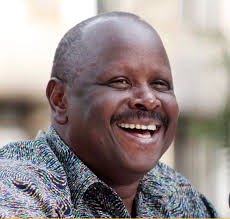 Isaac Ruto also made a fine move by joining William Ruto's Kenya Kwanza Alliance so that he can not be rejected by the community for going against the Kingpin.

Provisional Number Of Votes That Ruto Got In Raila's Strongholds, Kisumu and Siaya (Photos)

It is Not Today; IEBC Chairman Chebukati Finally Reveals When He will Declare the Election Results