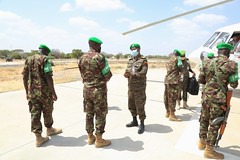 The Deputy Force Commander of the African Union Mission in Somalia, (AMISOM) in charge of Support and Logistics, Maj. Gen Gerbi Regassa Kebede on Monday and Tuesday paid a working visit to AMISOM sector two and six headquarters in Dhobley and Kismayo respectively as part of his familiarization tour to acquaint himself with the peacekeeping mission’s progress in its areas of responsibility.

On landing at Dhobley airport on Monday, Maj Gen. Kebede, who recently assumed his post, was received by the commander of AMISOM sector two, Brig. Gen Paul Njema and other senior AMISOM officials before inspecting a guard of honour mounted by AMISOM Kenya Defence Forces (KDF) contingent operating in the sector.

The DFC and his entourage held closed door meetings with the commander of AMISOM Sector Gen. Paul Njema and other high ranking AMISOM officials in which they discussed about achievements made so far and challenges faced by the troops in the sector.

Maj. Gen Kebede, was also brief on the overall security of the sector and the fight against the militant group Al-Shabaab. He was then taken round the sector and visited AMISOM level 11 hospital which serves both AMISOM and the civilian population of Dhobley.

The Deputy Force commander then wrapped up his tour with a visit to Kismayo, headquarters of AMISOM sector six where he was received by Brig. Gen. Juma Shee Mwinyikai, AMISOM Sector six commander and other AMISOM officials.

Maj. Gen. Kebede was then briefed by the Sector Kismayo Commander and other senior officials about targeted operations being conducted to disrupt Al-Shabaab activities in AMISOM’s area of responsibility.

In his visits, the Deputy Force Commander also carried a special message to the sectors from the AMISOM Force Commander on progress made in the implementation of AMISOM’s reconfiguration plan, which involves handing over some security responsibilities to the Somalia National Army, as part of the Somalia Transition Plan. 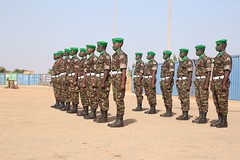 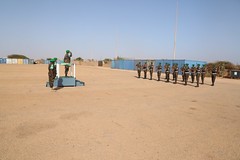 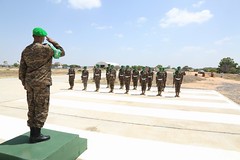 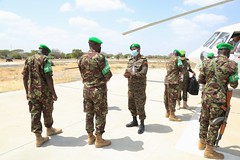 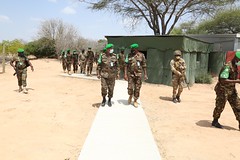 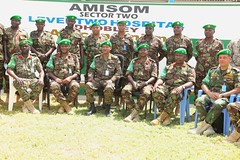 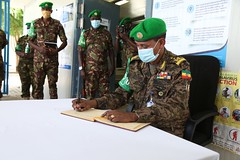 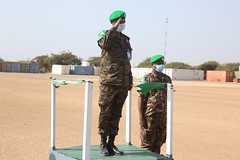 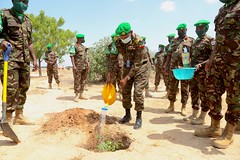 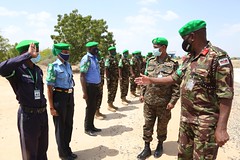 Kenya Acquires A New Advance Cancer Treatment Machine, The Second One In Africa

Meet Garissa MP Aden Duale The Man Who Killed Student Activism And How He Did It.