By MoniqueRo (self media writer) | 4 months ago 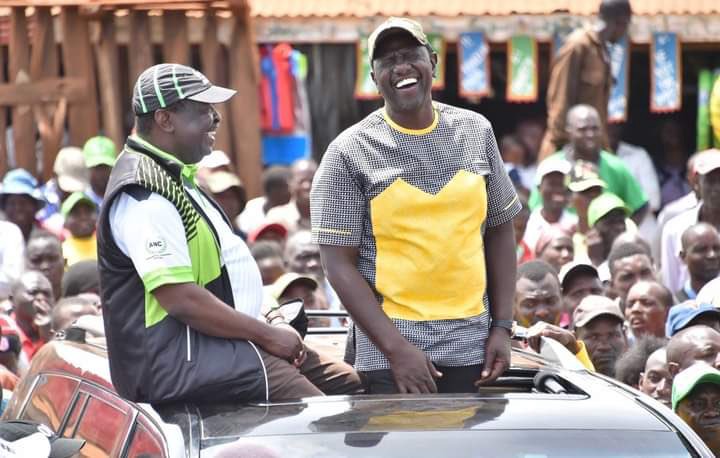 Wiper Party leader Kalonzo Musyoka revealed on Friday, January 28, 2022, that he had offered his estranged political partner Musalia Mudavadi the position of Deputy President if he agreed to run on a joint ticket with him.

Kalonzo also revealed that if Mudavadi accepted the deal, he would only be in power for 5 years before handing over power to Mudavadi.

In a subtle mockery of his former coalition partner, the OKA Principal stated that he is certain Mudavadi will not be offered a position in Ruto's camp that is greater than what he stood to gain had he remained in OKA. 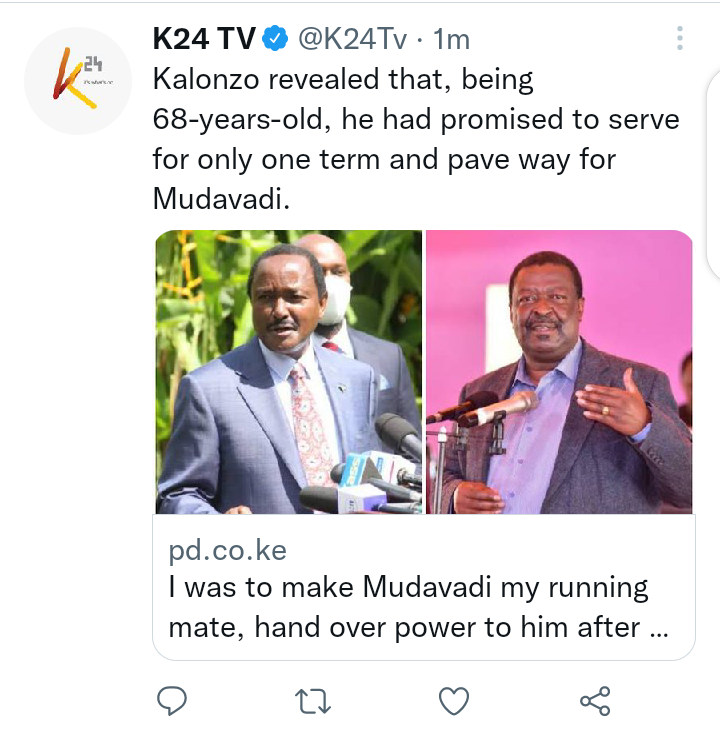 "I was prepared to appoint Musalia Mudavadi as my Deputy President. I am not sure if he's been offered a better position in Ruto's camp. I promised him that, at the age of 68, I would only serve for five years before handing over power to him in 2027. But he became impatient ," Kalonzo said during a political rally in Wote.

Prior to the departure of Wetangula and Mudavadi, the OKA technical committee had proposed Kalonzo as the coalition's flagbearer, deputized by the ANC Party leader, in numerous simulations.

Mudavadi and Wetangula have since joined forces with Ruto in the Kenya Kwanza Coalition, a newly formed coalition. The coalition was formed during the Amani National Congressparty NDC in Kenya's Bomas.