By LarryKatana (self media writer) | 21 days ago 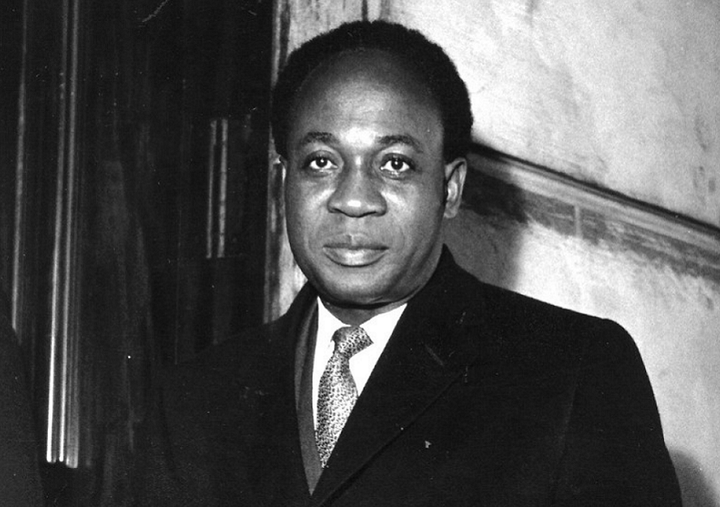 Ghana's founding President Kwame Nkrumah is hailed as the father of liberation of the African continent from the imperial rule.

Having led his country to independence in 1957, Dr Nkrumah embarked on an ambitions mission to ensure that the rest of the continent is also liberated.

An advocate of Pan-Africanism, Dr Nkrumah was one of the founders of the Organization of African Unity in 1963. But back home, there was trouble.

Accused by his critics of dictatorship, Dr Nkrumah survived several assassination attempts. And in 1966, his regime finally came down tumbling as he was ousted in a violent coup by the military. He would end up spending the rest of his life in the neighboring Guinea when he was hosted by his Pan-Africanism comrade President Ahmed Sekou Toure. 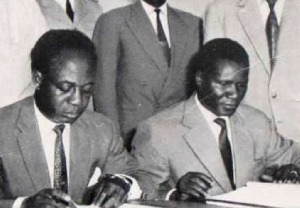 Upon arriving to Guinea to officially begin his exile on March 12, 1966, Dr Nkrumah received a 21- gun salute and was given honorary title of Co- President.

Dr Nkrumah's body arrived in Conakry on May 1, 1972 and was taken to State House where it lay in state for one day. The country also declared three days of national mourning.

The next day, a state funeral was conducted with the coffin carrying Dr Nkrumah's remains drapped with Guinean flag. 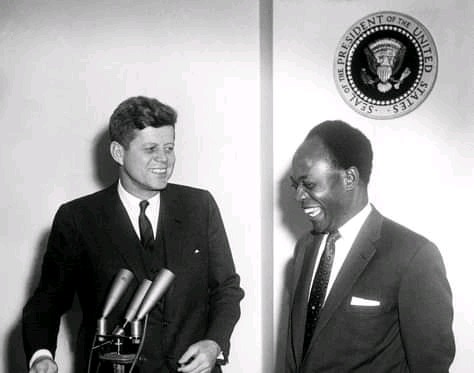 Then followed the period of lengthy negotiations between Sekou Toure and the Ghanaian authorities on the repatriation of Dr Nkrumah's body.

According to Toure, certain conditions had to be met before the body is exhumed and flown to Ghana. To the Guinean President, Dr Nkrumah had to be given a state funeral befitting of a former Head of State.

After all the demands were met, Dr Nkrumah's body was flown to Ghana in July 1972 aboard the Guinean military plane.

In Accra, Dr Nkrumah's body lay in state for one day before being flown to his rural home of Nkroful for another funeral.

In 1992, during the reign of President Jerry Rawlings, Dr Nkrumah's body was once again exhumed and transfered to the capital, Accra where he was given a fresh funeral at the heroes square.

Today, the Kwame Nkrumah mausoleum is one of the biggest tourist attractions in the country. Coincidentally, Dr Nkrumah's body lies at the very site he declared Ghana's independence in 1957.