Murathe Moves In To Rescue CS Matiang'i After DP Ruto, Raila Odinga's Camp Turn Their Guns on Him 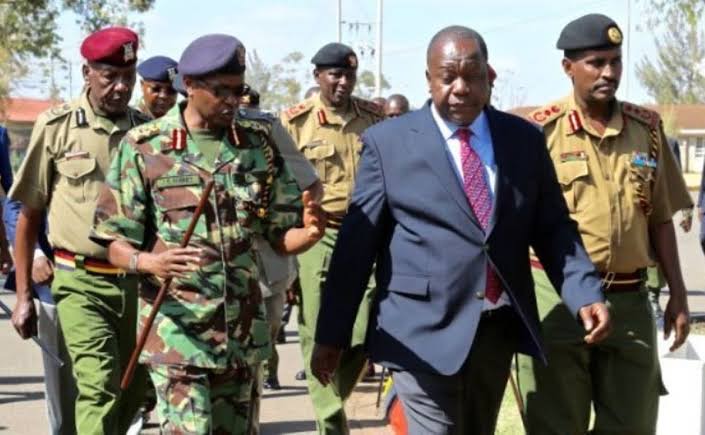 Jubilee Vice Chairman David Murathe has moved in to rescue Ministry of Interior CS Fred Matiang'i after the recent attacks from both the ODM and the Tangatanga camp.

According to the Tangatanga Camp, a group of legislators allied to Deputy President William Ruto has called for the impeachment of CS Fred Matiangi over the recent malpractice observed during the just concluded elections.

Led by Kapseret Member of Parliament Hon Oscar Sudi has directed his attacks on the CS informing that "President Uhuru Kenyatta's team has been planning to impeach Ruto but I want to tell you one thing, impeaching the DP is not as easy as you think. But let's leave that now, I want to tell you this, we're going to impeach Matiang'i, in the next two weeks, Matiang'i must go home."

Belgut Member of Parliament Hon Nelson Koech and Kikuyu MP Kimani Ichungwah has also confirmed Oscar Sudi's statements informing that there is a plan to impeach the CS. 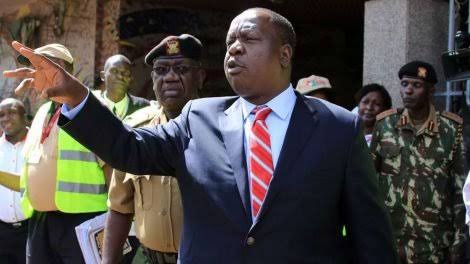 The Orange Democratic Movement Party through its Secretary-General Edwin Sifuna has also asked President Uhuru Kenyatta to sack CS Fred Matiangi if only he wants to secure his legacy a statement that was supported by ODM Communications Director Philip Etale and Homabay MP George Kaluma.

"To secure his legacy, President Uhuru must sack overzealous, bellicose government functionaries with imaginary, short-legged political ambition. The ODM party cannot be the one to always guard the handshake against enemies even those within the President’s circle. #SackMatiangi,” Sifuna said.

However, despite the demand from the two factions, Jubilee Party vice-chairman David Murathe has moved into the defense of the CS, saying that "the deployment of police officers was to ensure maximum security to the voters" and that he doesn't see enough grounds on why the Interior CS should be impeached.