By Worldwidewriter (self media writer) | 1 month ago 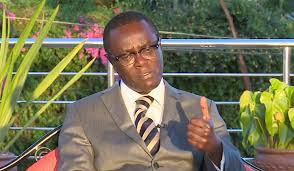 Muthai Ngunyi is a political analyst, he rose to fame after he developed the ' Tyranny of Numbers Hypothesis' a claimed that voting in Kenya is largely influenced by ethnicity. As we head to 2022 polls, the Nairobi based lawyer Ngunyi has been actively involved in giving his views on what might be expected in 2022 polls.

Raila Odinga is among those running for country's top seat. The question of Raila's running mate is still mystery amongst Kenyans. The recent speculations showed that the search for ODM leader Raila's running mate was narrowed down to three potential candidates ; Narc leader Martha Karua, Peter Kenneth and Nakuru County Governor Lee Kinyajui.

On Thursday 3rd December 2021, Ngunyi via his official twitter account alleged thag Raila's running mate will be Nakuru County Governor Lee Kinyajui.According to Ngunyi, Lee Kinyajui represent the Kikuyus in Rift Valley region which are the majority compared to Kikuyus in Central Region. He went ahead to said Martha Karua is playing hard to get and she might loss the opportunity.

" Because Martha Karua is playing HARD-TO-GET, Lee Kinyanjui will be Raila Odinga Deputy. There are more VALLEY KIKUYUS than MOUNTAIN Kikuyus. Lee represents valley Kikuyus. And because he looks like Mzee Moi, he will also REPRESENT the Kalenjin Nation, " Political Analyst Muthai Nguyi. 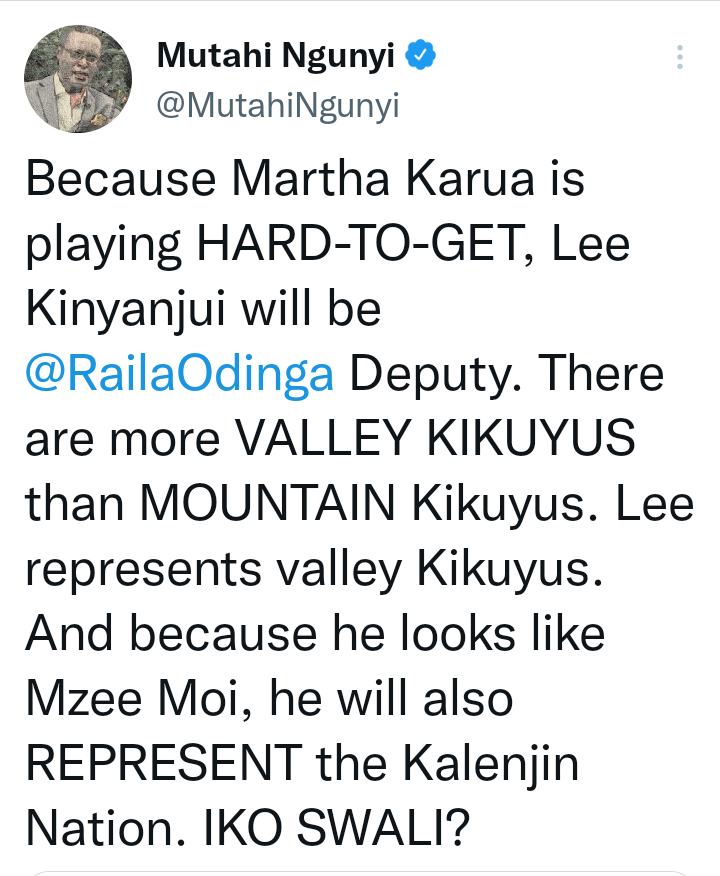