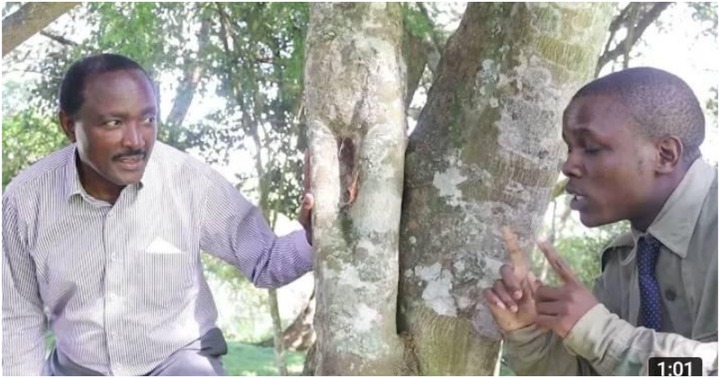 Known politician Kalonzo Musyoka, the leader of the Wiper party, is a man who wears many hats: he is a politician, a father, a husband, a diplomat, a lawyer, a patron of his foundation, and so on. However, the public is unaware that the former vice president, who was previously the minister of education, can also act and perform stand-up comedy.

This was revealed in a short video posted to Social media by comedian Crazy Kennar on Friday, April 16th, in which Kalonzo was featured in a short comical skit. "Today I got an exciting opportunity to do a short video with nonother than Kalonzo Musyoka and it was a very humbling experience as we were talking," the comedian captioned the video.

They are seen by the teacher on duty, who asks why they were not in class and why they had not submitted their assignments when consoling each other about the poor grades they had received in their previous Mathematics assignment. Kennar moves forward, confident in what they had decided on, to inform the teacher that they were revising for their upcoming exams, but Kalonzo was not present.

The politician was already in class and had even turned in his assignment, which he received a 75 percent on, despite what he had told Kennar earlier, resulting in the comedian being punished by himself. The short skit drew the attention of Kenyans on the internet, who believe Kalonzo does an excellent job of expressing the watermelon character, which has been compared to his political decisions. The video, on the other hand, was intended to show support for Kenyan musicians.

Content created and supplied by: Tev1n (via Opera News )