The number of people who have died following the tragic accident which occurred on Saturday when a bus they were traveling in plunged into a river is now over 30.

According to the standard, its unfortunate that the victims just paid for state neglect with their own lives.

On December 14 2019 a top Official from the ministry of Infrastructure visited the area and assessed the said bridge afterwhich he assured the locals of government intervention.

However, the National and county governments slept on their jobs and to date nothing has been done. 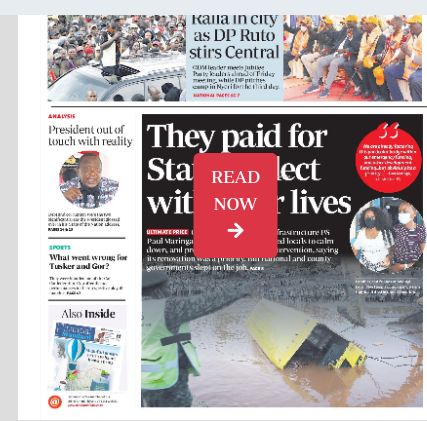 A warrant of arrest has been issued for a jubilee financier Mary wambui after KRA accused her of tax evasion.

According to reports, Wambui has been doing business with the government since 2014 but has never paid her taxes fully.

In another story, president Uhuru Kenyatta's hidden hand in Raila Odinga's big day has been unraveled.

The paper has reported that Uhuru is keen to put Jubilee's machinery at Raila's disposal who is preparing to show his Political might on Friday at kasarani. 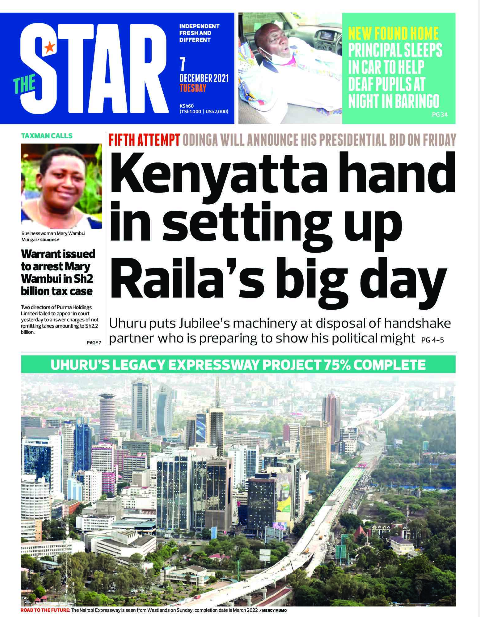 President Uhuru Kenyatta is next year retiring after completing his two terms Which started in 2013.

However, the head of state may not just go home like his predecessor Mwai Kibaki who never endorsed anybody.

Uhuru Instead is a good student of his mentor the late president Daniel Arap Moi who intruduced him into politics.

Very keen on securing his legacy, the president has strongly indicated that he will support the opposition chief Raila Odinga in next year's general election.

In another story, the accident victims who died over the weekend have been identified and the Nation has published some or their photos.

And finally, the education CS professor George magoha and his interior counterpart George magoha have Promised Candidates that the exams will have a humane face Considering the challenges of Covid-19.

Both form four and class eight will be sitting for their exams from March next year up to April. 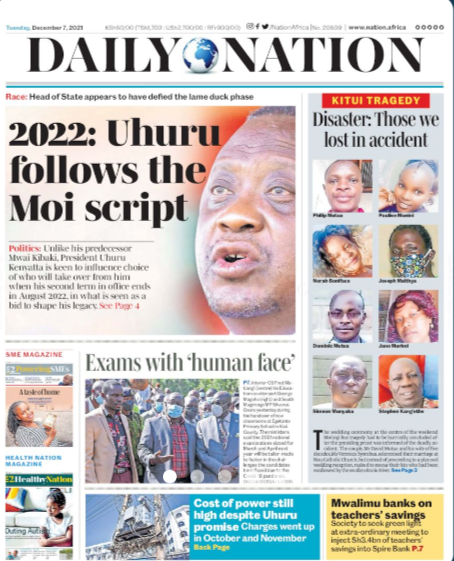 The president will be working hard to reverse the harsh adjectives he used against Raila Odinga before the handshake.

Uhuru is on record using terms such as madman and a contentious man who doesn't like development.

Uhuru who is now a good friend of the ODM leader has been heard many a times showering Raila with praises.

After conferring city status to Nakuru last week, Uhuru indirectly spoke well of Raila when he said that an old man can overcome young men who are sprinting.

This is Despite the fact that before the Handshake, Uhuru took pride in the digital youthful generation and never spoke well of the aged People like Raila Odinga. 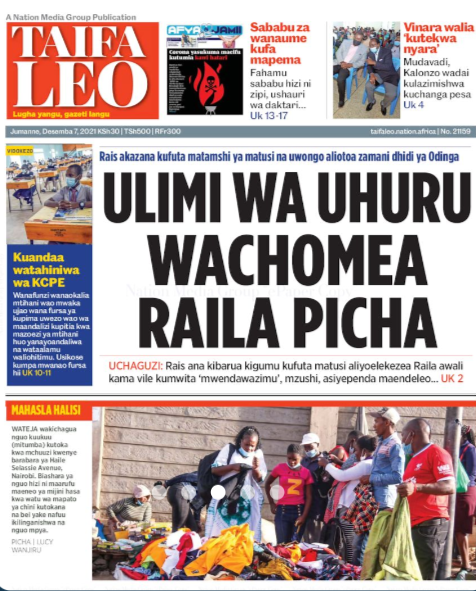 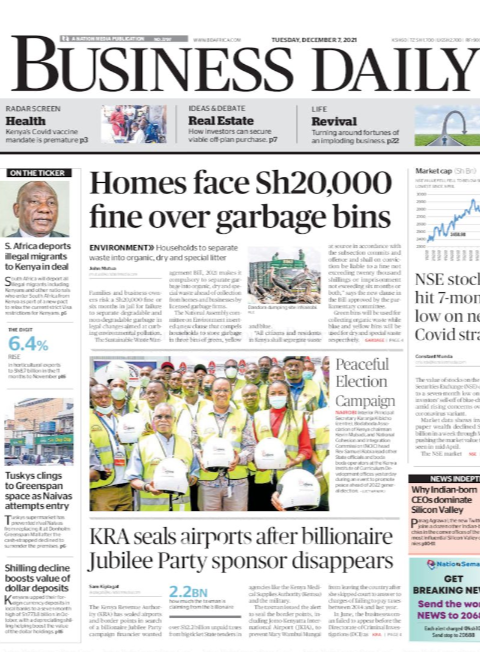