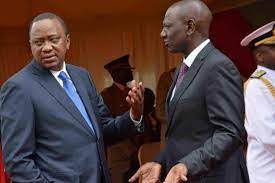 It has now emerged that some intelligence agents reported Deputy President William Ruto to his boss, President Uhuru Kenyatta and leaked what was his (Ruto) arsenal plan in the government.

The DP was allegedly asking his Kalenjins supporters to support and vote for President Uhuru Kenyatta so that he, Ruto would get a chance of running the government because the DP believed Uhuru is a 'mlevi", who would not run the government.

According to Jubilee Party Vice Chair David Murathe, the intelligence agents who heard DP Ruto describe Uhuru as a drunkard took the matter to the President. 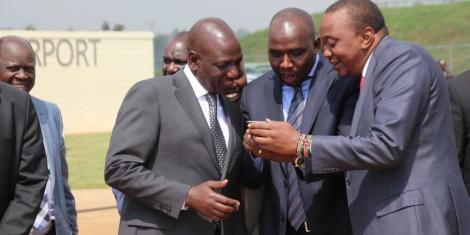 Murathe believes the act of backbiting the President could have triggered their fallout with DP Ruto.

“There is a day Ruto spoke in his native language and told his supporters to vote for Uhuru because as he drinks, I will be running the government," Murathe claimed as reported by Kenyans.co.ke 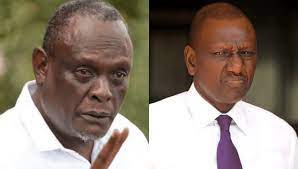 Murathe noted President Uhuru has a way of getting to know some of the things said behind the curtains.

“It was during the funeral of the late Mark Too. The government always has a way of knowing some of these things. I suspect that was one of the reasons Uhuru decided to sideline Ruto was this statement,” he added.