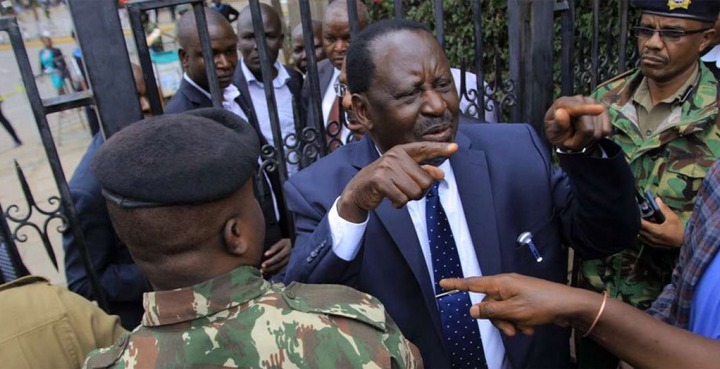 Raila talking to police officers at past event/Courtesy

President Uhuru Kenyatta is expected to give the highly anticipated National Address from the Parliament Building any time from now.

Preparations are already made and lawmakers and other leaders have already camped at the Parliament ahead of President Uhuru's arrival.

Among the key leaders who have arrived at the Parliament Building is Orange Democratic Movement (ODM) party leader Raila Odinga.

Odinga arrived accompanied by his official security details. He was received by the top security team, both from the National Police and the Kenya Defence Forces. 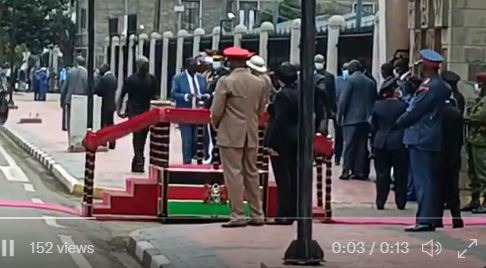 Officers from both KDF and National Police were spotted saluting the Chief Opposition Leader as he marched towards the entry point of the Parliament Building.

Raila was also spotted saluting back at the officers who had given him salutes.

"ODM leader Raila Odinga arrives at Parliament buildings for the State of the Nation address event,"' the source captioned the video. 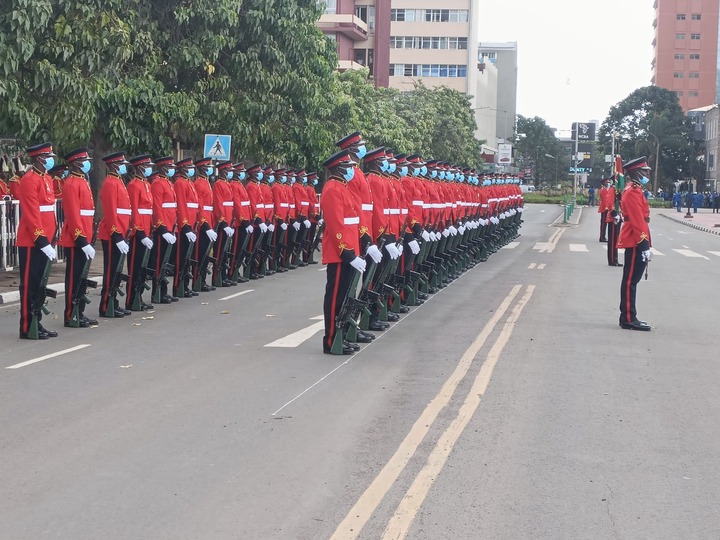 DP William Ruto has also arrived at the Parliament Building. He arrived minutes after Raila

President Uhuru is expected to address both the Senate and the National Assembly from one sitting.