By joemuca (self meida writer) | 1 months 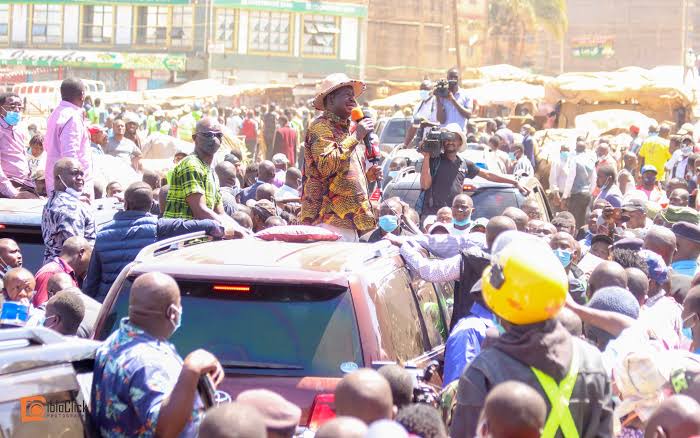 The 2017 ended general elections did not favour jubilee especially after Supreme courts nullified there first win. They went into a repeated election without there tough competitor Raila Odinga and there second win was not seen legitimate. This sparked anger in Raila's camp and the demonstrations were ravaging the country and President Uhuru Kenyatta had to do something. He went for handshake and Raila supported him but according to the current situation things are not as they seem.

Raila's close ally Dikembe Disembe alleged that, "A note on Luo-Kikuyu political marriages: Always chaotic and can go south anytime, but when at peace, so many children get born. I think right now it’s about to go south...so those observing from a distance, sit and relax; but don’t celebrate yet."

This has not been received well with some stating that, "If what @RailaOdinga ids waiting for is for Uhuru to endorse him to be president then he is deluded. It ain't gonna happen in 100 years. If it's PM, then that he will get but Presidency forget!"

"Nothing is going south as of now.. ODM has much larger stake to lose just like Uhuru Kieleweke... and information from Hustler Intelligence, ODM and Jubilee honchos thrashing things out already."