By Trendingmaster (self media writer) | 27 days ago 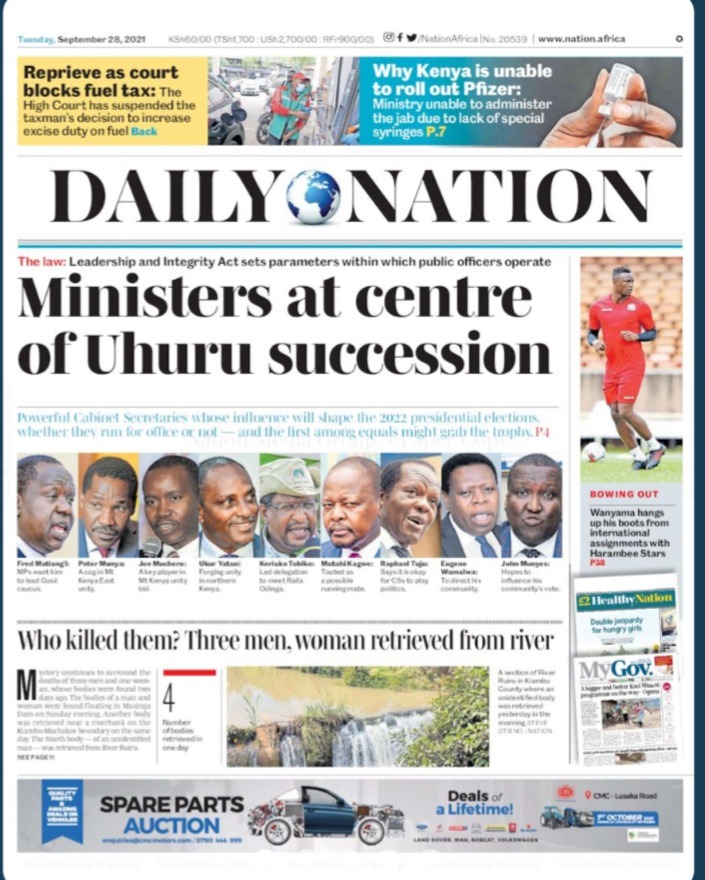 Ministers at centre of Uhuru succession

Powerful Cabinets Secretaries whose influence will shape the 2022 Presidential elections whether they run for office or not, and the first among the equals might grab the trophy.

Fred Matiangi: MPs want him to lead the Gusii caucus.

Raphael Tuju: says its ok for CS to play politics.

Eugene Wamalwa: To direct his community.

Why Kenya is unable to roll out Pfizer

Ministry unable to administer the jab due to lack of special syringes. 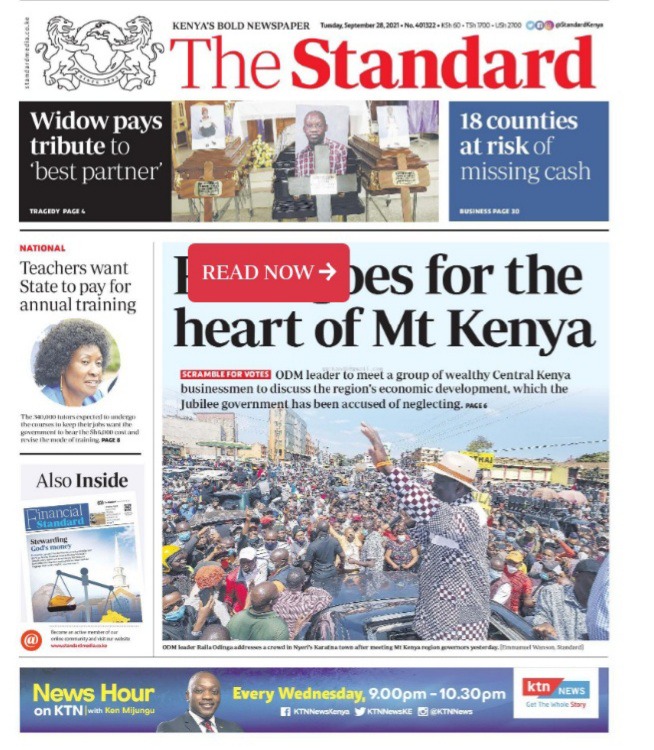 Raila goes for the heart of Mt Kenya

Scramble for votes: ODM leader to meet a group of wealthy central Kenya businessmen to discus the regions economic development, which the Jubilee government has been accused of neglecting. 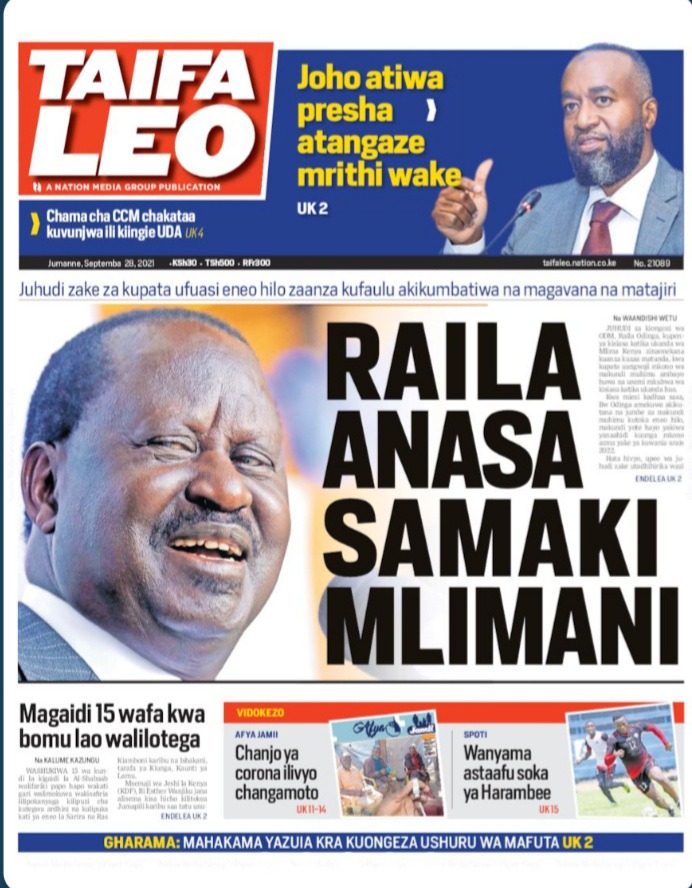 Raila's effort to get support in Mt Kenya region has started bearing fruits after getting support from governors and wealth businessmen in the region.

Mombasa Governor Ali Hassan Joho is currently being pushed to endorse someone who will succeed him. 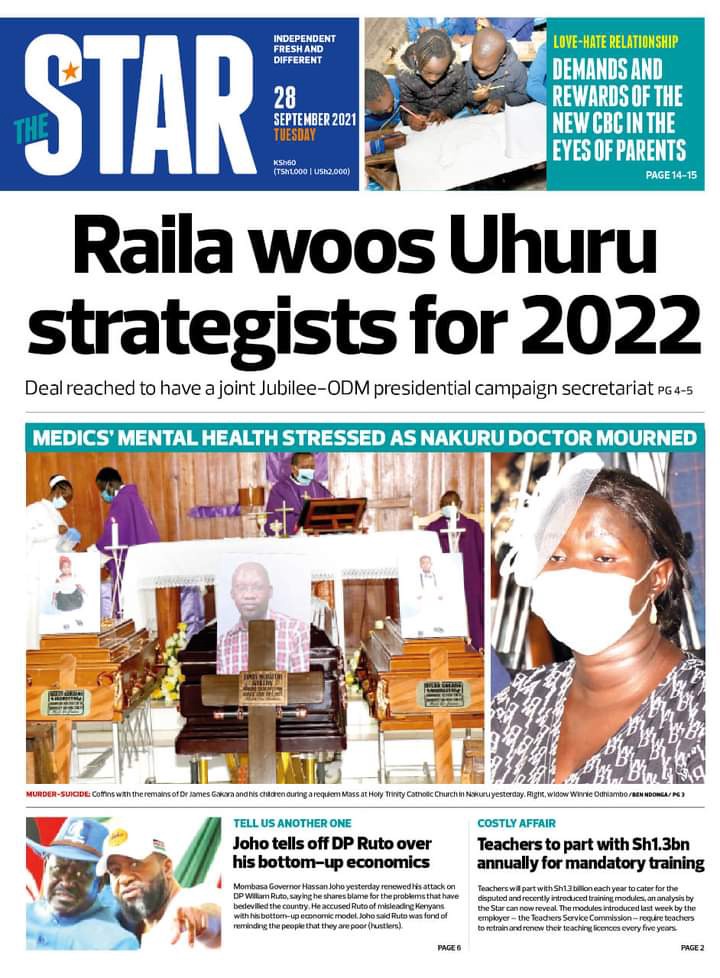 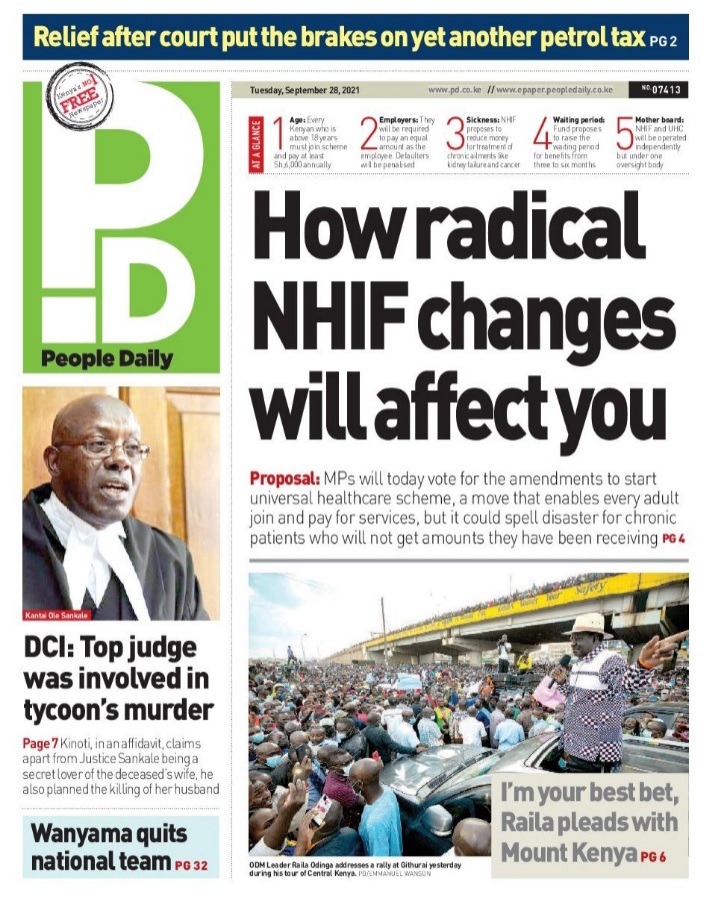 How radical NHIF changes will affect you

Proposal: MPs will today vote for the ammendments to start universal healthcare scheme, a move that enables every adult join and pay the services, but it could spell disaster to chronic patients who will not get amount they have been receiving.

Kinoti, in an affidavit claims apart from justice Sinkale being a secret lover of the deceased wife, he also planed the killing of her husband. 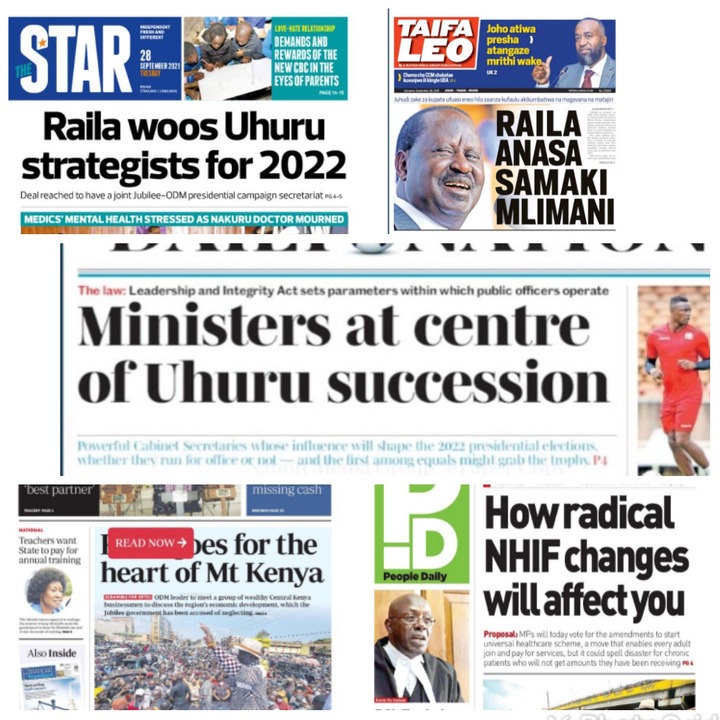