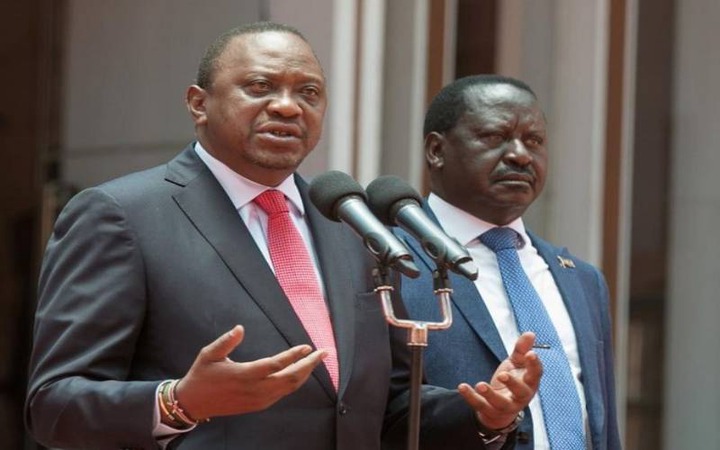 With presidential aspirants unveiling their running mate ahead of the August polls, it is no doubt that the campaigns have taken shape, with Deputy President William Ruto and Raila Odinga being the key front runners.

The duo running alongside Mathira MP Rigathi Gachagua and Martha Karua respectively are expected to join hands with their allies and officially hit the ground to campaign for their candidature before August.

For Raila, Kenyans will be expecting to see whether President Uhuru Kenyatta who publicly announced his support for the Azimio La Umoja One Kenya Presidential candidate, will be campaigning for him on rallies, meetings and roadshows.

According to political analyst Patrick Munene, if the president is keen in supporting the ODM leader, he must avoid by all means to 'over-do' his campaigns in Raila's favor as this would force those people who had interest in his bid to decamp to the other side as they will consider the president as in control of Azimio and not Raila.

"Whereas the camp that the president supports is not in doubt, there is danger of overdoing it and thus making Raila look as if he is not in charge. That is a danger that must be avoided," said Munene who spoke with KTN News on Tuesday. 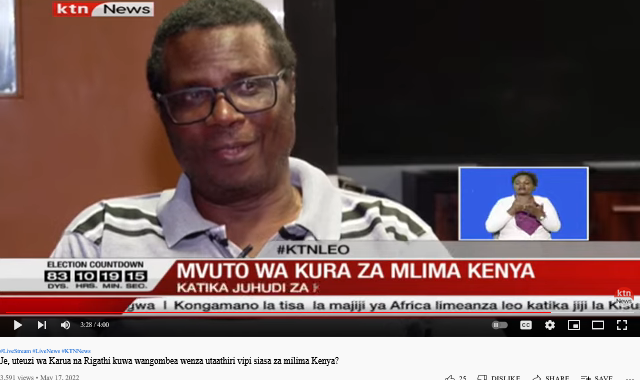 While speaking in Nyeri County today, Tharaka Nithi Governor Muthomi Njuki revealed that the president would be touring his county on Thursday, terming the visit as political.

A couple of weeks ago, while attending a church function in Murang'a, Uhuru hinted that he will be campaigning for Raila in Mount Kenya, after publicly saying that the former Prime Minister is the only person who is able to make the country better and safeguard his 10-year legacy.