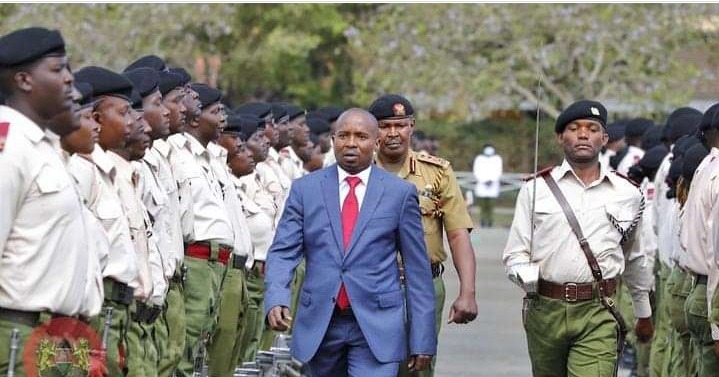 Critics have argued that arming the chiefs with guns is likely going to return the country into the past President Daniel Moi's brutal rule of powerful chiefs. Photo courtesy of The Star Newspaper as Interior Cabinet Secretary Prof Kithure Kindiki was presiding over the graduation of Deputy County Commissioners in Nairobi.

The critics of President William Ruto's government especially the opposition allied political pundits, have claimed that President William Ruto Regime is secretely returning the country back into the former President Daniel Toroitich Arap Moi's era. Where chiefs were so powerful to the common citizens and they had to be glorified due to the powers given to them.

According to the report by the Star Newspaper, the government critics have warned against the announcement made by Interior Cabinet Secretary Prof Kithure Kindiki, that chiefs from areas with law security will be given guns to protect themselves and also given atleast five police officers attached to them. They are saying that action will return the country to Moi's era where chiefs were so powerful to an extent of harassing citizens.