By Kaptila (self media writer) | 14 days ago

As 2022 general elections slated for August comes closer, many aspirants are warming up and scrambling to face incumbent Governors seeking re-election or succeed those serving the second term. 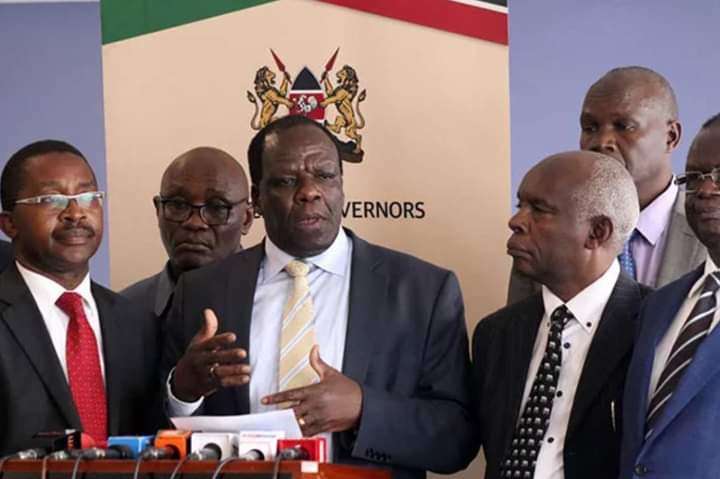 This scramble is underpinned by the fact that the position, which involves controlling billions of shillings is the most rewarding elective position in the country from that of the presidency.

In Uasin Gishu County which is Deputy President William Ruto home turf, many candidates have shown interest in succeeding Hon Jackson Mandago. Mandago is serving his last term in office. He was first elected in 2013 on URP ticket and re-elected in 2017 on Jubilee ticket. 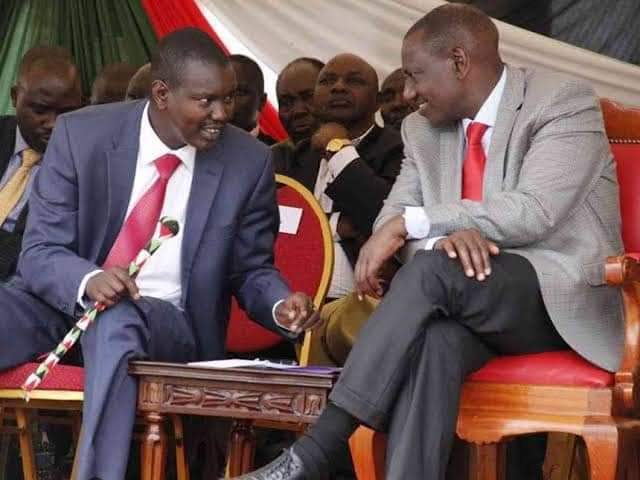 An opinion poll conducted online on Twitter by David Tarus a parliamentary aspirant in mosop constituency has revealed that were elections to be held today, Soy Member of Parliament Caleb Kositany who has shown interest in the seat will win the lucrative county seat. 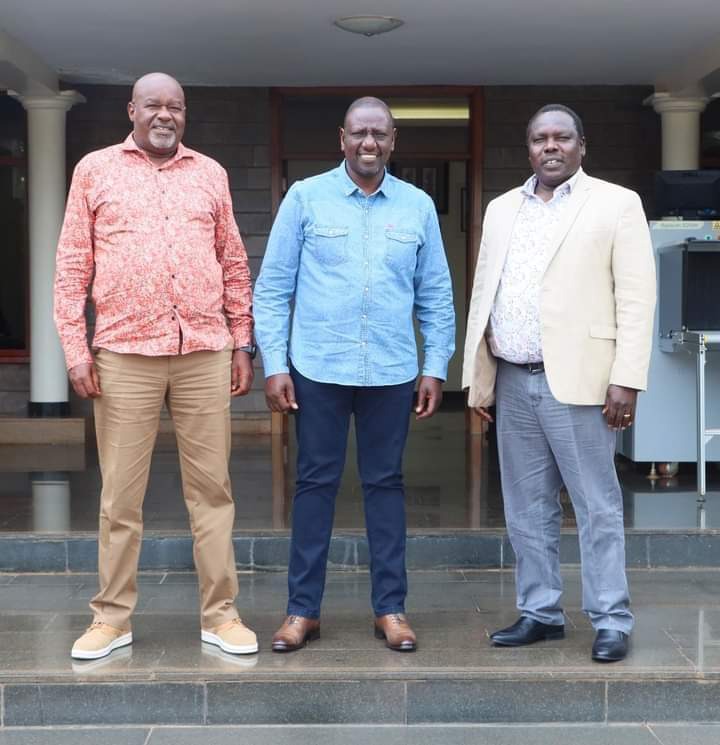 He garnered 52 percent support from those who took part in the poll. Mr Kositany, a first-term MP has risen the ranks to be one of the DP's most trusted confidantes in UDA and North Rift counties. 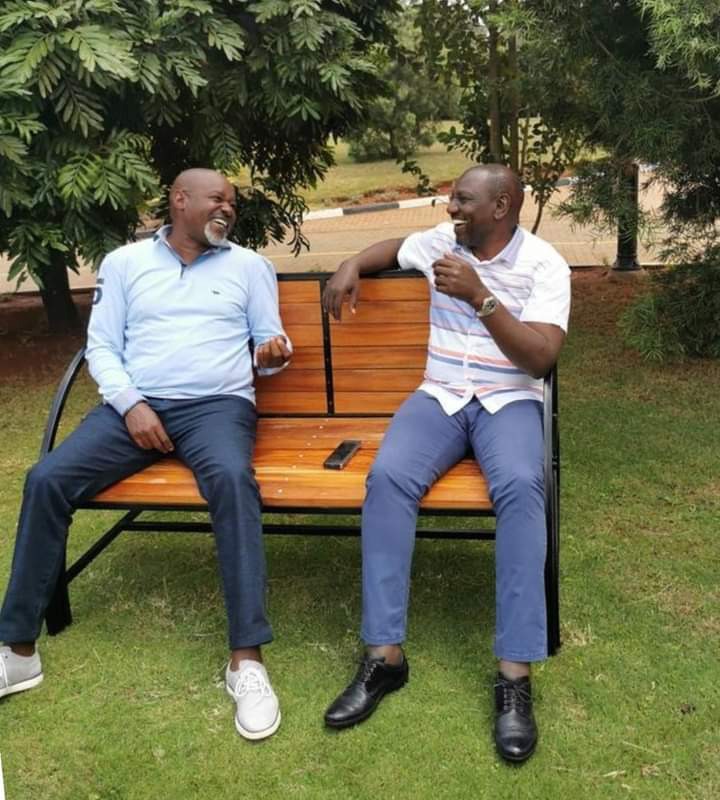 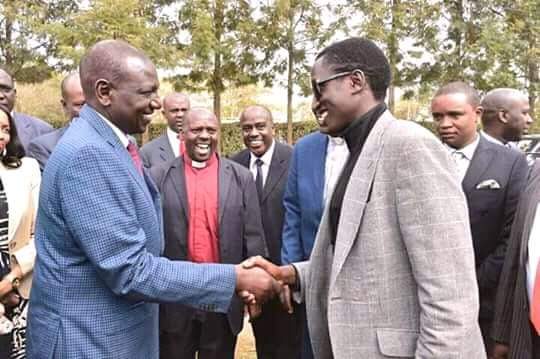 Others who were included in the opinion poll were Prof Julius Bitok and Mr Jonathan Bii. They two garnered 9 percent and 8 percent respectively. Bitok is currently serving as Kenya’s ambassador to Pakistan. 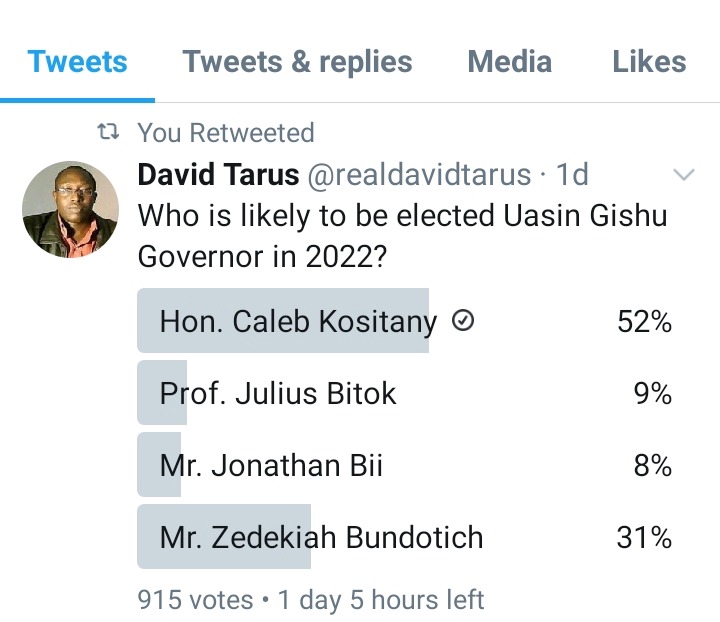