Do not sanitize thieves by electing them to leadership positions, Karua warns Kenyans.

By Abbey (self media writer) | 2 months ago 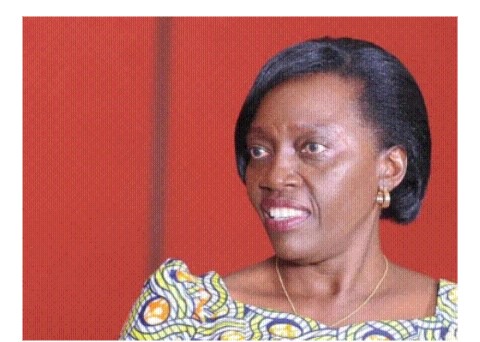 Speaking in Nyeri on Thursday where she met grassroots leaders in a unity forum, Karua said that not all politicians are thieves and therefore only those who have a clean track record should be elected.

Karua, who was in the company of former Mukurwe-ini MP Kabando wa Kabando and his Othaya counterpart Mary Wambui said that the meeting is one of many designed to bring the mountain together and speak from a common point of view ahead of the next general election.

Karua added that the unity calls are not meant to make the region support a particular candidate but have a common ground in the selection of who to support.

The party leader advised that electing people who steal from public coffers and bring handouts to the electorate is like "a person who steals chicken and gives you only soup made from legs of the chicken they stole from you."

On her part, former Othaya MP Mary Wambui said that Karua is the kind of leader Kenya needs, pointing out that in the past she (Karua) left office due to corruption in government, describing her Karua ad brave leader who's not corrupt.

Kabando Wa Kabando on his part said he supports the unity calls being advanced by the Mt. Kenya unity forum saying a united Mount Kenya is the only way the region will have its voice heard and respected and that they would only support only those who won't forget the electorate once they're in power.

Content created and supplied by: Abbey (via Opera News )

"Kiambu People Have Forced Me" Gov Kabogo Also Changes Tune Ahead of 2022, Declares His Current Plan