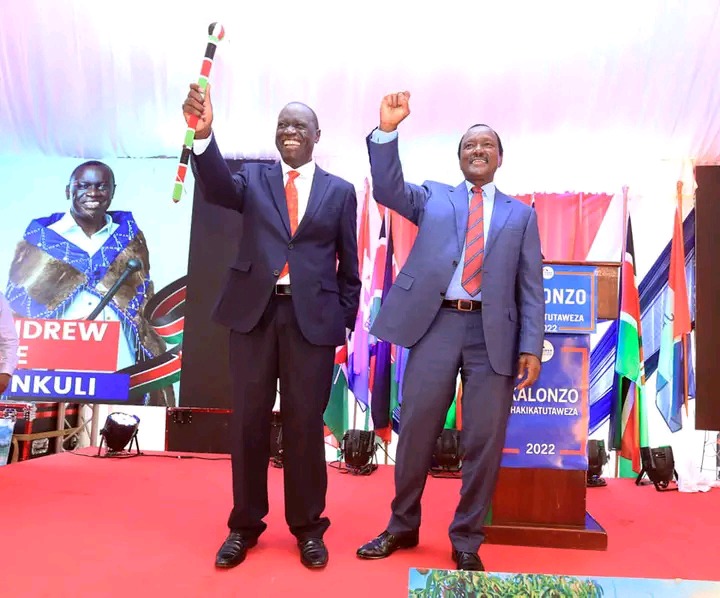 Kalonzo and his running mate Sunkuli.

Several media houses have been alleging that Wiper party leader Kalonzo Musyoka is on his way back to Azimio movement led by former prime minister Raila Odinga. 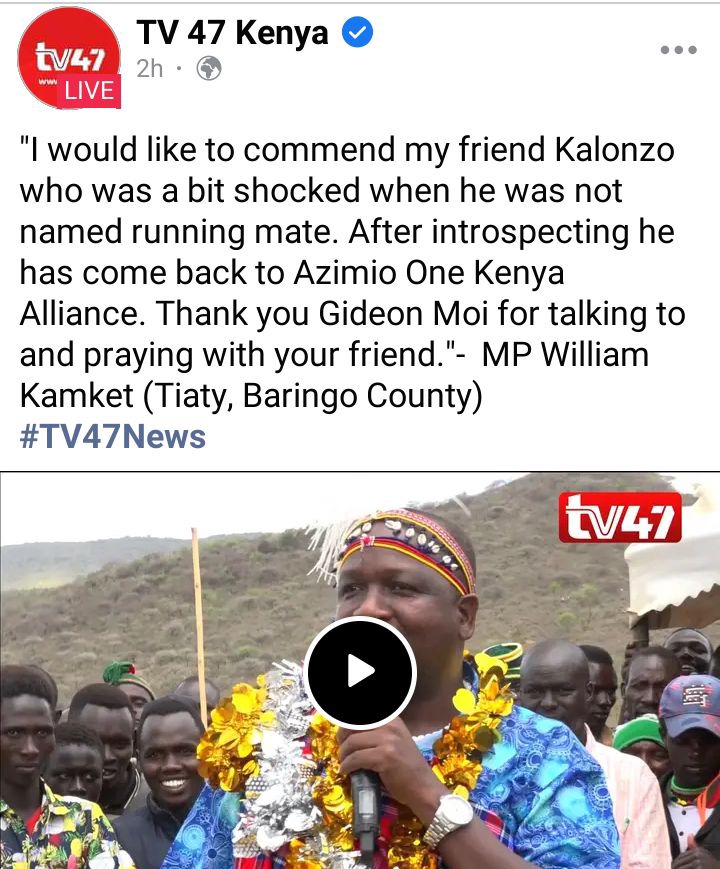 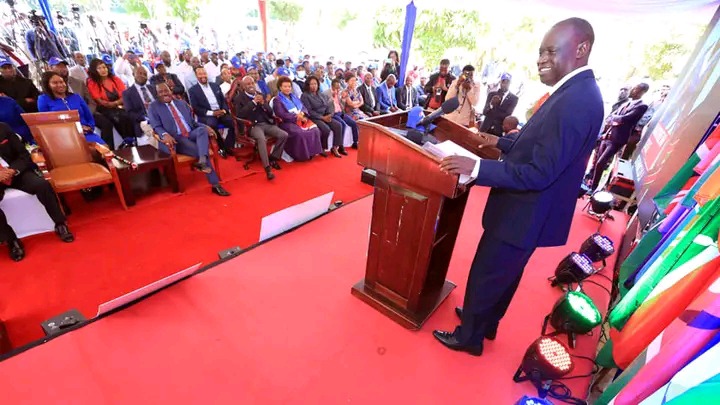 The former Narok Wiper senatorial candidate clearly stated that they are going all the way to the ballot in August polls. Mr. Sunkuli dismissed claims of rejoining Azimio La Umoja movement camp.

Andrew Sunkuli further urged Kenyans to dismiss allegations made by their competitors and fully rally behind their presidential candidature on a Wiper party ticket.

On Kalonzo's whereabouts, Sunkuli revealed that the former vice president is out of the country for a private tour. He didn't reveal specifically the country.

Mr. Sunkuli was speaking today at Bomas of Kenya when submitting signatures to IEBC as required by the law.

This information was shared by KTN news on its official Facebook page. 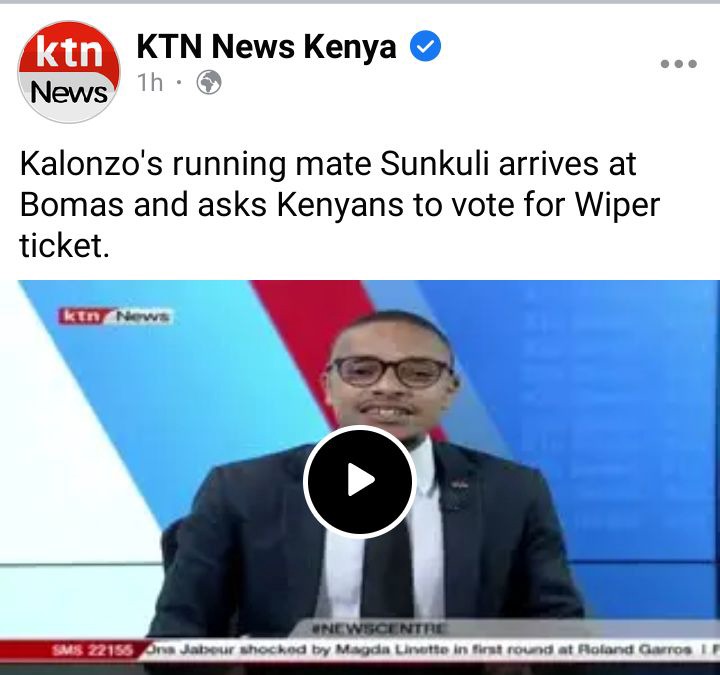