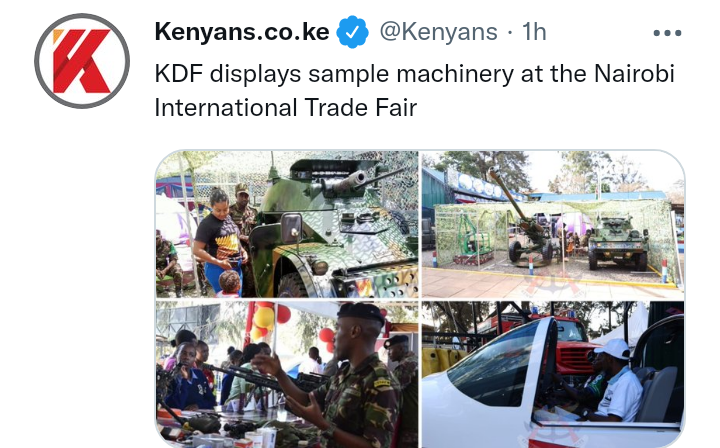 Kenya Defence Forces, KDF has today displayed some sampled machinery at the Nairobi International Trade Fair in the pictures that emerged after the Uganda President Yoweri Museveni's son Muhoozi Kainerugaba warned that he would only need two weeks with his army to capture Nairobi. 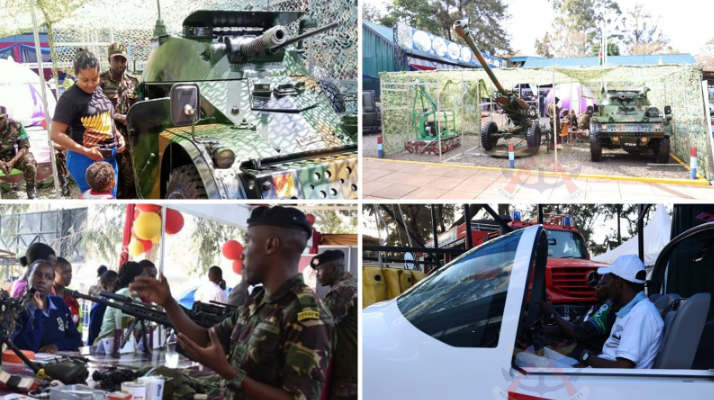 The pictures emerged days after the Trade Fair was officially opened by the Deputy President, Rigathi Gachagua. The pictures emerged after Muhoozi, who serves as the commander of the land forces of the Uganda People Defence Forces (UPDF) posted a series of controversial tweets about Kenya which boraders Uganda to the East.

Muhoozi started off his tweets by blaming the retired President, Uhuru Kenyatta who he called “big brother" for not going for the third term in the August 2022 polls, adding the retired president could have easily won the election. 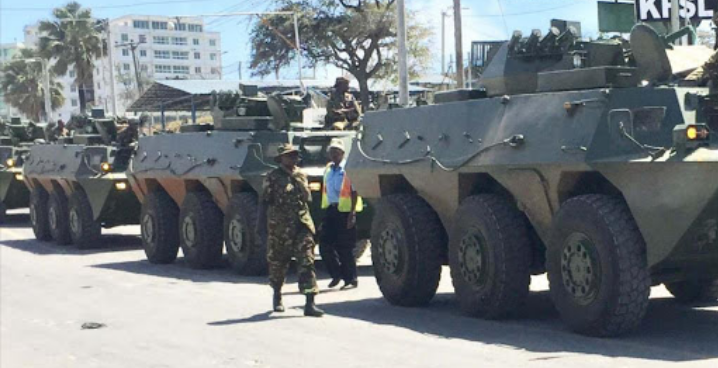 "My only problem with my big brother is that he did not stand for a third term. We would have won easily," he wrote on Twitter adding that Uhuru should have change the Constitution to allow him go for another term.

Not done, Muhoozi sensationally claimed on the same platform he needs a fortnight to topple President Ruto's government.

Government Tells Kenyans Why it Will Spend Ksh. 2.4Billion on Aprons and Lesos

Just in: How to apply for the hustler fund on your phone