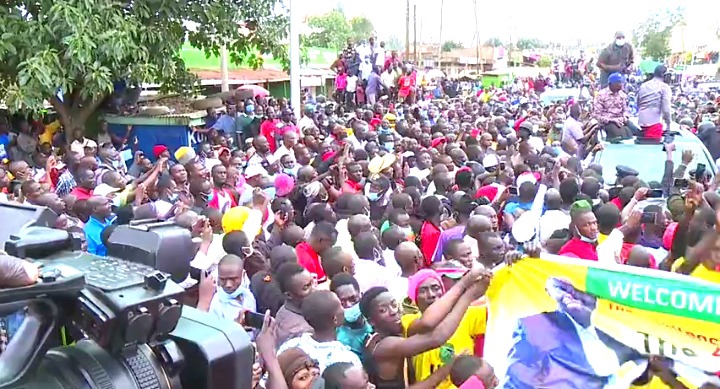 While coming from Awendo Central Seventh Day Adventist Church in Migori County after joining its congregants for a Sabbath service and contributing one million shillings for the construction of the church building, Deputy President William Ruto made a brief stop at Awendo town at around 1pm today on September 25th to say "jambo" and popularize his 2022 presidential bid in Raila Odinga's backyard.

The DP who was being accompanied by Migori Governor Okoth Obado, his big ally from the South Nyanza region attracted quite a huge crowd as Awendo residents converged around his motorcade to listen to him and hear what his plans for them come next year are.

Upon taking the microphone, the DP who seemed to have been impressed by the huge crowd that had received him in the town started by greeting his hosts in dholuo language before touching on matters relating to the current political affairs.

But as he was delivering his speech, some youth that were dressed in UDA themed tshirts or rather attire could be seen cheering him on and chanting his name while holding a "Ruto The 5th" banner as captured in the screenshot below. 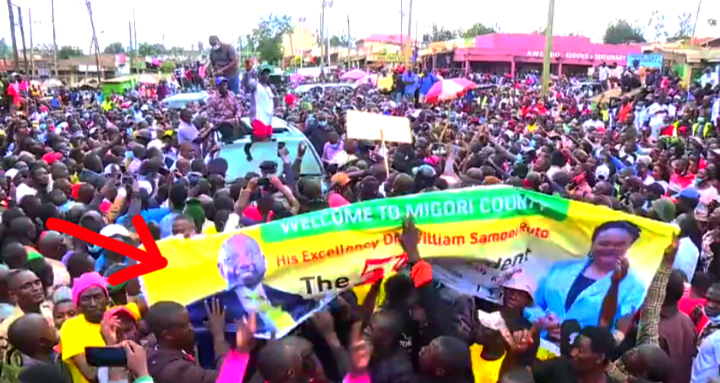 The youth weren't just holding the banner but rather waving it in the air while chanting things like "karibu nyumbani" to get his attention.

However, their actions were causing a nuisance in addition to obstructing other members of the public from getting a better view of the DP and his friends as the delivered their speeches.

Upon sensing the problems that the banner was causing, the DP ordered those who were holding it to put it down with immediate effect. 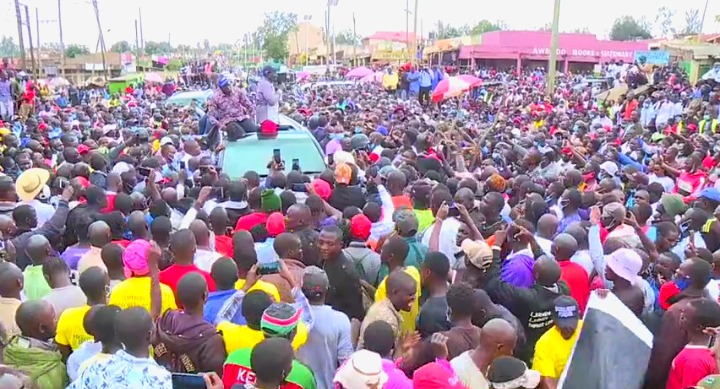 The rally went on smoothly and the DP used the opportunity to once again tell Kenyans that the problem of this country is the economy and not the constitution.

That we need to put our focus on uplifting people at the bottom of the socioeconomic pyramid instead of thinking of how to change the constitution so as to create jobs for a few people at the top.

He also used the address to once again say that should he be voted in as President cone next year, his administration will see into it that more than one hundred million shillings are remitted to every constituency for the support of "hustlers". 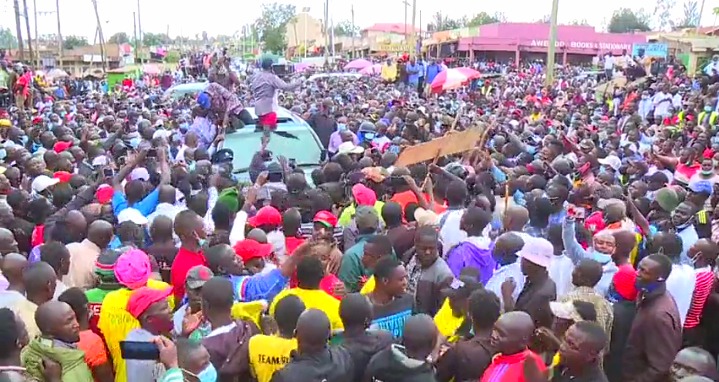 Watch the scene unfold at minute 2:00 of the video in the link below. 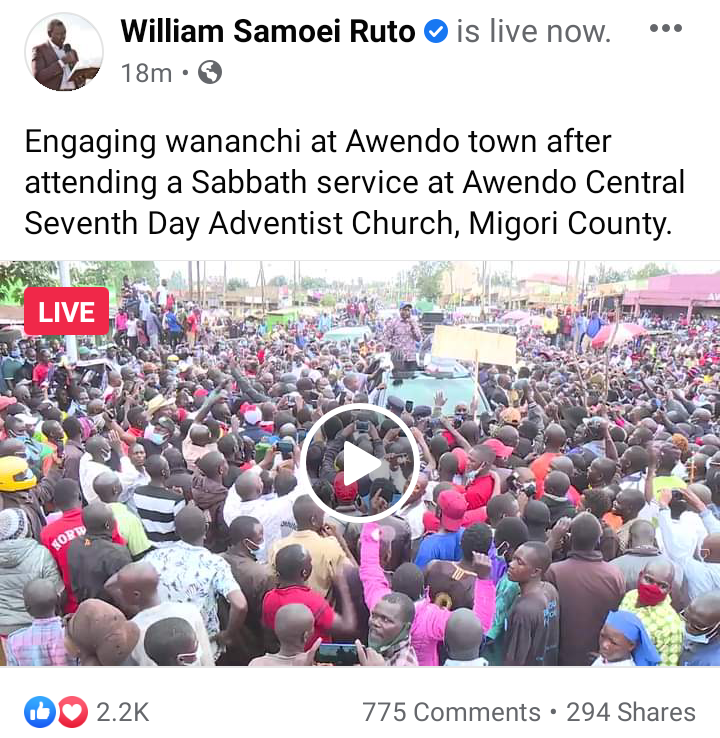