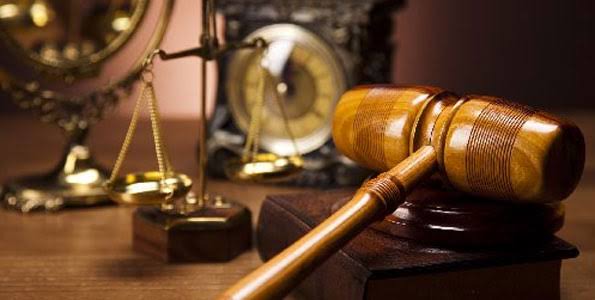 A trader, James Mbaluka had been delt a blow by the court after he was declared bankrupt and his properties placed under receivership for failing to pay Kitui South MP; Rachael Nyamai Kes10 million.

Mbaluka had failed to pay a balance of Kes5 million to Ms Nyamai after conning her Kes10 million with a promise that he could help her acquire a piece of land in Karen.

After the trader failed to refund the amount the MP was forced to seek the court to declare him bankrupt so that he could recover her money.

This is even as lady justice Maureen Odero declared Mbaluka bankrupt and that his properties be placed under receivership until he pays the debt.

"Having failed to repay the amount owed despite a court order. I am satisfied that James Mbaluka be adjudged as bankrupt and the court appoints the official receiver-manager as trustee to manage his estates until the debt is realised," she declared. Lady Justice Maureen Odero said Mbaluka had to blame himself for bankruptcy declaration after failing to pay the amount despite options to agree with the legislator. Photo:(Source/Courtesy).

According to a local daily newspaper Mbaluka tried to sell a disputed piece of land to the MP in July 2014. He had also been charged for his involvement in the disputed transfer of 134 acre land owned by business man Horatius Da Gama Rose.

It is believed that Ms Nyamai was convinced by Mbaluka after he claimed he had a genuine title for the land. After agreeing on payment he changed his mind and came up with excuses once he received a deposit of Kes10 million. They had agreed on one acre piece of land at Kes30 million with money to be paid in three three instalments of Kes 10 million instalment according to Nyamai's lawyer Angela Mwadumbo.

"The MP waited for him to procure the necessary documents, but he would come up with excuses until she decided to cancel the agreement and asked for the refund of the money," Angela said.

Mbaluka failed to refund Kes 13 million that included the deposit and interest. Instead, he managed to pay Kes 8 million. Ms Nyamai was convinced by Mbaluka that he was able to help her get a piece of land. Photo:(Source/Courtesy).

Forcing Ms Nyamai to apply for the declaration of Mbaluka as bankrupt having offered he options to pay the balance according to the court.

This is even as Ms Nyamai has option to sell Mbaluka's property to get her money back.