The vocal Mt. Kenya Lawyer Wahome Thuku has pointed at one mistake that the Amani National Congress allegedly did on Sunday the 23rd of January 2022 in Bomas that left them exposed.

The Amani National Congress party held their National Delegation Conference which was aimed at endorsing the party Leader Musalia Mudavadi as flag bearer in the upcoming general elections in August. Among the surprise guest in the event were the Deputy President William Ruto and his troops.

Through his Social Media page, Wahome Thuku pointed out that the event seemed that the Deputy President William Ruto was the guest of the day and that the Amani National Congress party Leader Musalia Mudavadi was just attending.

He said that the Deputy President William Ruto was invited to speak after the speech from Musalia Mudavadi. He said that this clearly showed that Ruto was the man of the Day.

"I HEARD William Ruto spoke after Musalia Mudavadi. He was the guest of the day. It was a UDA financed event, Musalia was only attending." Wahome Claimed. 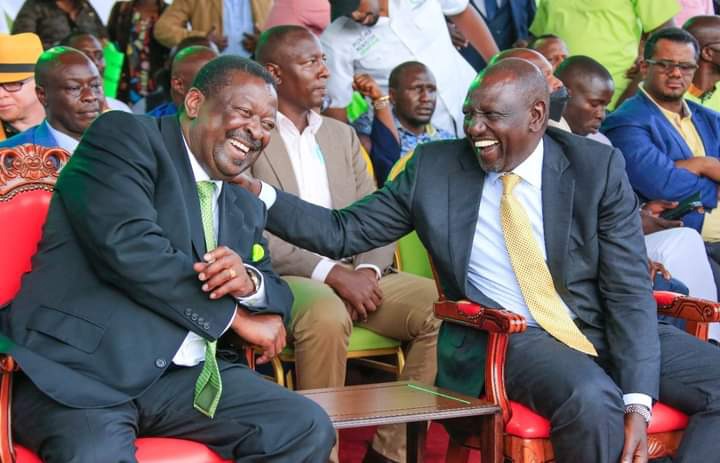