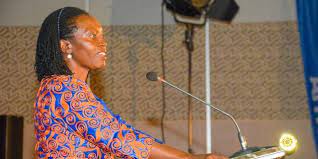 The Azimio La Umoja One Kenya Alliance camp led by Raila Odinga, his running mate Martha Karua and Wiper party leader Kalonzo Musyoka, have stated that they will be seeking legal interventions at the Supreme Court over presidential results announced by IEBC Wafula Chebukati.

The team argued that the results that showed Deputy President William Ruto leading with 7.1 million votes against Raila's 6.9 million votes are null and void, claiming that they were tampered with.

According to a video shared by the Nation on Friday, Karua said that the Azimio team will accept the ruling by the Supreme Court even it if upholds Ruto's win, saying that they cannot seek justice anywhere else, as the Supreme Court is the country's apex court.

In her remarks, Karua said that the National Anthem advocates for fair justice, and that is what they will be pursuing at the Supreme Court, although she expressed her confidence that the ruling will be in their favour. 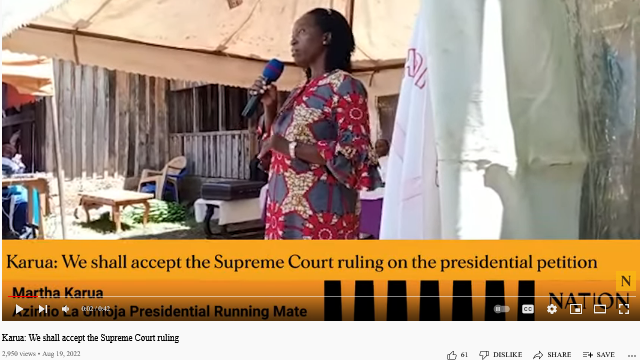 "Kenya deserves justice and peace. We must get justice, and if it is ruled by the court, 'hio ni ya mwisho,' that is the end. Even if you do not agree with it personally, you have to maintain peace and respect the court ruling. The court will rule on whether the figures were genuine or they were cooked," she said.

Her remarks comes at a time when different lawyers and political experts have had varied opinions, with some saying that the Azimio team must provide proof of how the results were interfered with based on their complains.

Other lawyers have argued that the IEBC's move to upload all polling stations results at the agency's portal was a great move that might fix the Azimio team, as they did not complain of integrity of Forms 34As.