During the joint press briefing by Safaricom, NCBA and KCB at 'Fairmont The Norfolk Hotel' in Nairobi today on September 28th, a funny scene was witnessed upon organizers of the event learning that President William Ruto was going to attend the same.

The briefing had been commenced without the President's portrait at the hotel's conference hall. 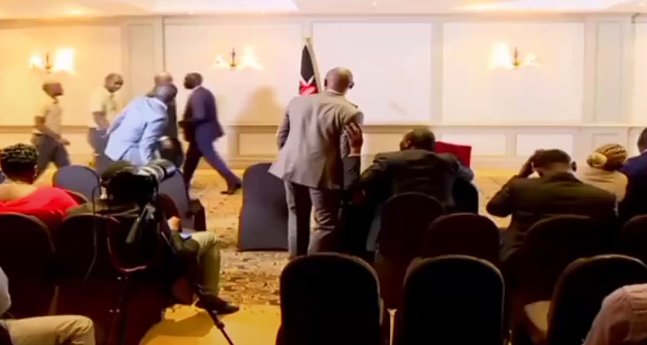 Then upon realizing that indeed the President was going to attend the briefing, the event organizers hurriedly sourced a framed portrait of the President to have it mounted on the wall.

Without taking too long, the man tasked with mounting the portrait took his hammer and drove the nail on which it was to hang into the wooden board making that wall. 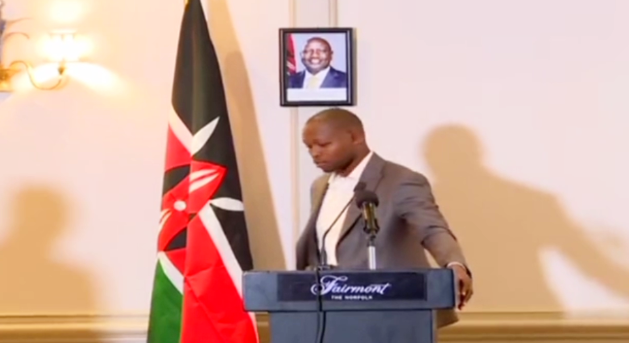 Then as seen above, he went ahead to hang the portrait next to the flag but just a few inches above anyone that would take to the podium to address the media.

He had probably done this without consulting with his colleagues or seniors on how to go about it and it seems that those present in the hall had already spotted the mistake he had done even before he finished his job.

This is because they started laughing immediately he started making use of that hammer and they even laughed harder when was done with the portrait resting on the wall.

Upon spotting the mistake, one suited man moved in to rectify the same and he directed that the portrait be mounted higher, that's near the ceiling board.

The 'mounter' obliged and after removing the portrait, he hurriedly plucked the nail out of the board to mount it higher. 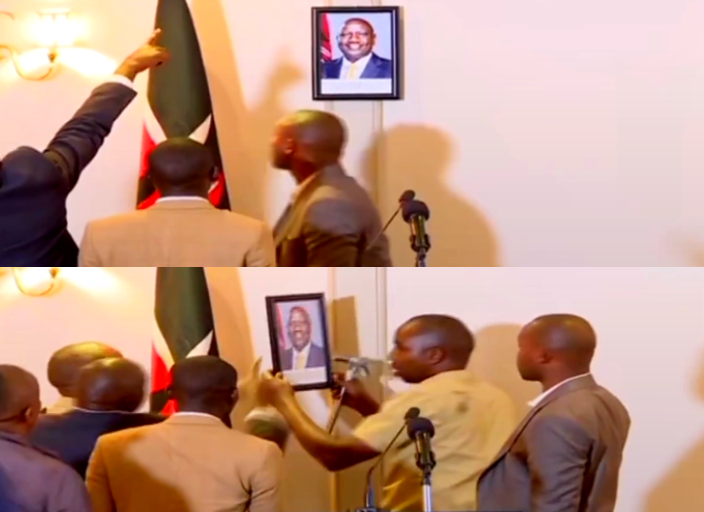 As expected, this scene sparked laughter from the crowd but the determined man just did his thing because the President was about to show up.

At the end of the brief exercise, the conference hall was given a new look as seen below. 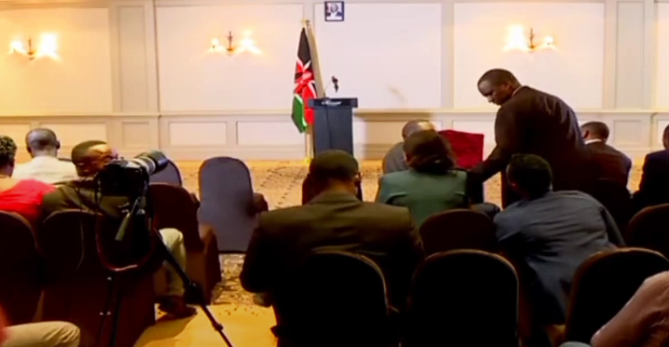