Opinion: Why Kalonzo's Exit Will Not Dim Azimio

By DailyNews.com (self media writer) | 1 month ago

A few moments after the Azimio la Umoja flag bearer Raila Odinga named Karua as his prefered running mate, the wiper party leader Kalonzo Musyoka parted ways with the coalition. The former vice president at the momment is focusing on naming his running mate for he is also going to run the presidential race. 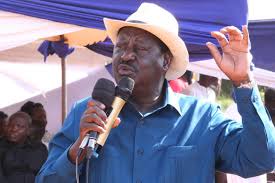 With his exit of Azimio la Umoja, many people including his wiper allies beleived that his exit will deam Aimio's dream of forming the next government. No,they are wrong. At the moment the coalition is much more stronger after the appointment of Karua as Baba's runningmate. The nomination of Karua may have made the electorate and especially the women to leave their political affiliations to come and surport the first ever in history of Kenya, the first female deputy president.

Before, Kalonzo was regaerded as the most appropriate deputy to the former prime minister but as the time transitioned, a more suitable deputy was sought and finally found. Karua has not only fascinated the female votes to Baba but also brought the entire of mount Kenya region into Azimio la Umoja, something never witessed before in the Kenyan history. Kalonzo might also be a determining factor in ensuring that either of the coalitions be it Azimio la Umoja or Kenya Kwanza gains the 50 plus one vote requirement so as to assume office after the next general elections. Musyoka should now make his choice wisely and forget about running for the presidential bid for a line has already been drawn marking a battle between two protagonists and that is William Ruto and Raila Odinga.

"Is It Over For Wanjigi?" High Court Makes Ruling on Jimi Wanjigi's Case Against IEBC