Deputy President William Ruto has been forced to shorten his second speech at ANC's Bomas event after chaotic youths broke into a fight within the crowd while addressing the crowd. Ruto and allies were present at Bomas where ANC party leader Musalia Mudavadi had announced his move to partner with DP Ruto's UDA party. 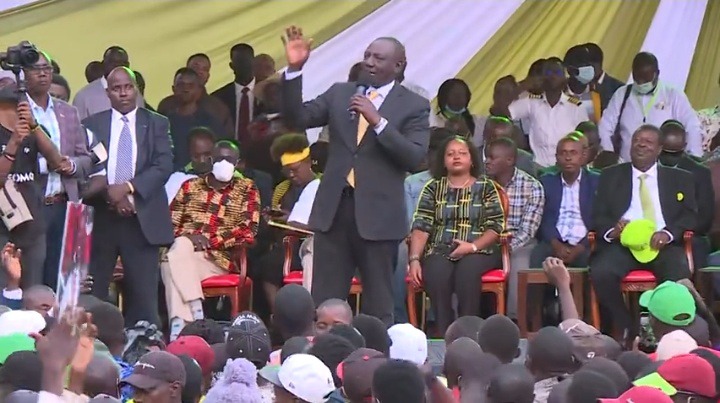 The second meeting was held outside the main Bomas House to allow other leaders who did not get the chance to speak inside to address the crowd.

It's while DP Ruto was addressing the crowd that fight broke out within the crowd, with some youths seen exchanging blows for unknown reasons, forcing Ruto to intervene before he could continue with his speech.

"Hapana vijana wacheni kupigana tafadhali (Loosely Translating to; Please youths don't fight). Please stop the chaos," Ruto pleaded with the youths as crowd began to scatter, as supporters began to run away from the scene of fight. 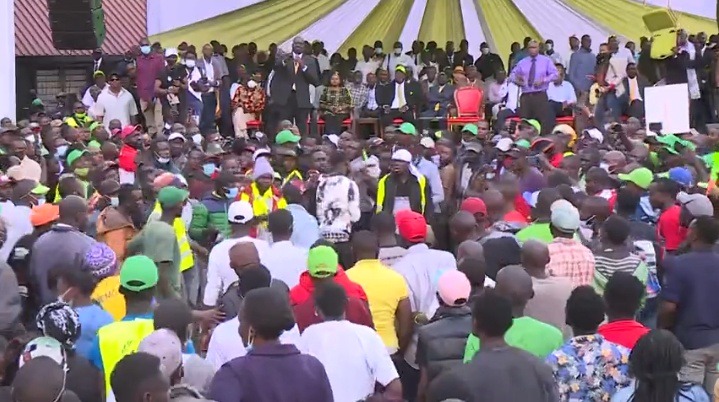 After the situation was restored, Ruto summarised his speech in less than two minutes as some people within the crowd walked away.

"A time has come to unite Kenyans and to bring leadership of equality, peace and development. We have not come together to divide positions, we have come together to change our economy," Ruto said as he ended his speech. 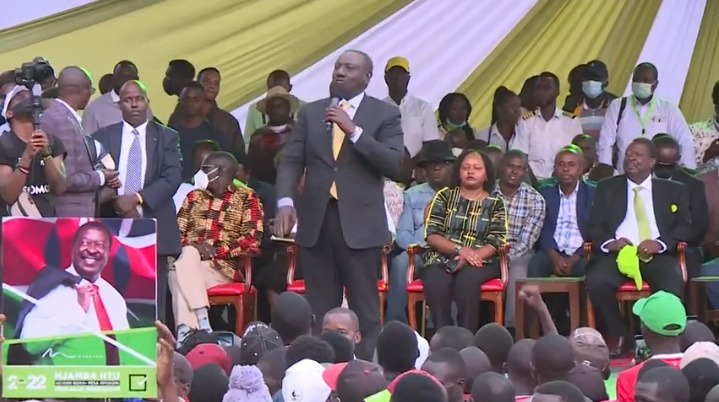